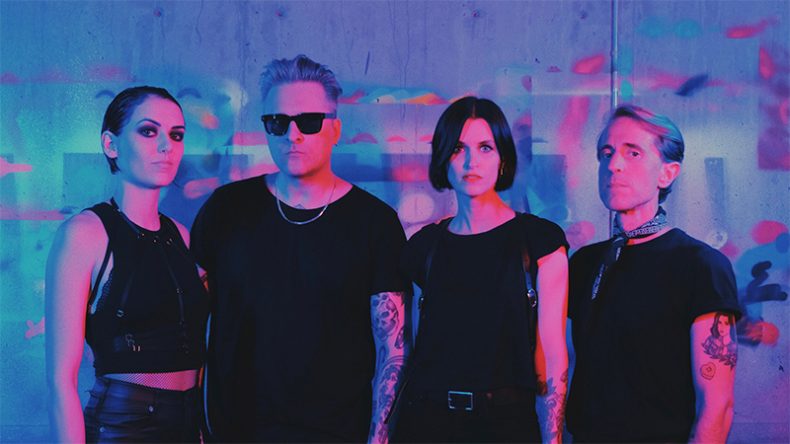 ACTS OF WORSHIP OUT NOW VIA ARTOFFACT RECORDS

Kicking off in Detroit, Michigan and crisscrossing between Canada and the USA, the ACTORS tour in support of the band’s sophomore album Acts of Worship has new tour dates for this Spring including a date at Vancouver’s Verboden Festival in May. Tickets are on sale now and can be purchased at THIS location. All tour dates below.

“Our whole team has been working tirelessly to make this tour happen. See you soon!” ~Jason Corbet 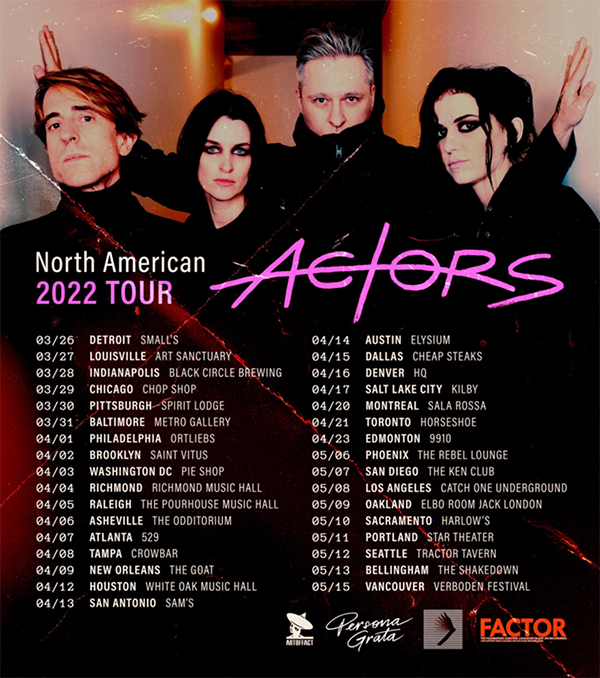 The album was produced by Corbett at his own Jacknife Sound in Vancouver. On the release, he has stated: “It’s about embracing who you are and having the confidence to do what you feel and not be afraid. I made the first ACTORS album without caring about who would hear it. I think people can feel honesty in music whether they realize it or not. The new album is exactly where I wanted to go with ACTORS. It expands on the last album lyrically and sonically. It’s the next step of our journey.”
ACTORS’ 2018 album, It Will Come to You, also released on Artoffact, put the band’s moody, anthemic style on the map, earning these words from PostPunk.com: “Vancouver’s brilliant post-punk and new-wave quartet ACTORS continue their flair for sonic cinematics… The atmosphere quivers with singer Jason Corbett’s crooning reverb augmented by shivering guitars and stark synths.” Three years later, the follow-up, Acts of Worship, is an album of driving beats, massive hooks, and dramatic atmospheres – equally melancholy and electrifying, it plays like the soundtrack to an imaginary Michael Mann film.

SPILL NEWS strives to keep our readers up to date with news and events in the music industry. We keep you informed of the most recent information regarding new releases, tour dates, and information items about your favourite artists.
RELATED ARTICLES
actorsacts of worshipartoffact records