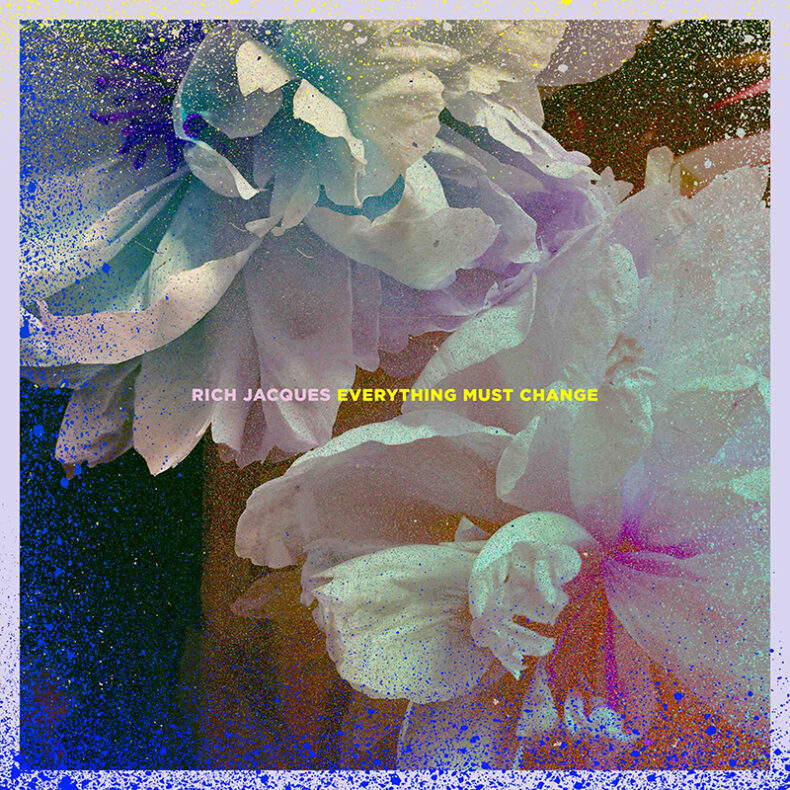 RICH JACQUES – “EVERYTHING MUST CHANGE”

It’s not every day that we feature a Grammy-award winning producer, but today is that day. We are delighted to present our readers the new single from LA-based artist and composer Rich Jacques, whose collaboration with celebrated singer-songwriter Lisa Loeb on the ‘Feel What U Feel’ album received peak recognition from their peers at the 60th Annual Grammy Awards

The new single “Everything Must Change” is the latest taster of his new EP, and it’s a gentle offering that is somewhat confessional as Jacques allows us to enter the territory occupied by his deepest thoughts. Ethereal yet grounded, this song ranks up there with the best tracks of 2022 thus far, not surprising given that Rich Jacques has mastered the songwriting craft so well, his compositions attesting to this fact time and again.

Much in the way that Sufjan Stevens and Elliot Smith do, there is a story here – wrapped in minimalistic sonic shimmer, he conveys a feeling of life-affirming gratitude for this life. Straddling the border between that which is elevating and, at once, melancholic, this song leaves you wanting more by the time the song is finished. Fortunately, the EP’s release is right around the corner – it’s out this coming Friday via Cousteau Records.

The EP’s six tracks exhibit gentle majesty and lyrical poignancy; six new soundscapes to explore, making for one beautiful collection of music. Previously, Rich Jacques released the gorgeous and gentle tracks “Montecito”, “Can You See it”, and “New Design”. This music is both earnest and charming.

The solitude of lockdown led him to reflect on his life, realizing that many of the fundamental choices he’s made have been based on old habits. A health scare, a change of location and the chance to build his life anew and re-engage with the world, drop old habits and explore new inspirations saw him emerge from this period of his life a changed man. This new EP is the musical document of that period.

“This EP was mostly written and produced from 2020 to late 2021 right in the heart of the pandemic. A lot changed for myself, as it did for mostly everyone. It gave me a new perspective on what I was doing out of habit, and what really inspired me. The one thing that’s ultimately true in life is change. Whatever is happening, good or bad, it’s going to move on,” says Rich Jacques.

Producer, songwriter, guitarist and artist – Rich’s envious set of skills has led him to work with a host of notable musicians and to create music for all manner of media projects. Since moving to LA twenty years ago, he’s worked with such luminaries as Lisa Loeb, for which he won a Grammy in 2017, and Men at Work’s Colin Hay, his music also being featured in such iconic shows as ‘Grey’s Anatomy’, ‘One Tree Hill’ and ‘The Vampire Diaries’.

Jacques cut his teeth in the late ’90s as a member of Sire Records’ alternative rock outfit Brownie Mary and was later a member of 80’s infused alt-pop band Right The Stars, who released three critically and commercially well-received albums. He is also one-half of the songwriting/production team Aalta.

This project as a solo artist comes from a very personal place. Unexpectedly, for someone who understands the art of big, instantaneous and infectious music, Jacques uses only a few core components (guitar and vocals) and few additional musical details to create wonderfully emotive, spacious and drifting music.

As of July 8, you’ll want to check back into Apple Music, Tidal and Spotify or your other favourite playlisting service of choice for the full Everything Must Change EP. it will be available everywhere that day, and can be and can already be pre-ordered / pre-saved at https://apple.co/3ym8Bo8.

While we have your attention, please also enjoy the latest few singles produced by this brilliant mind:

SPILL NEW MUSIC strives to keep our readers up-to-date with new releases by your favourite artists, keeping you informed of new album, single, and video releases. Stay tuned -- who knows, you might just discover your new favourite band.
RELATED ARTICLES
everything must changefeel what u feellisa loeb
9.0

by Ljubinko Zivkovic on July 8, 2022
Rich Jacques Everything Must Change Cousteau Records A note that an artist is a Grammy-winner should be sign of quality, but that sign might have lost its significance in [...]