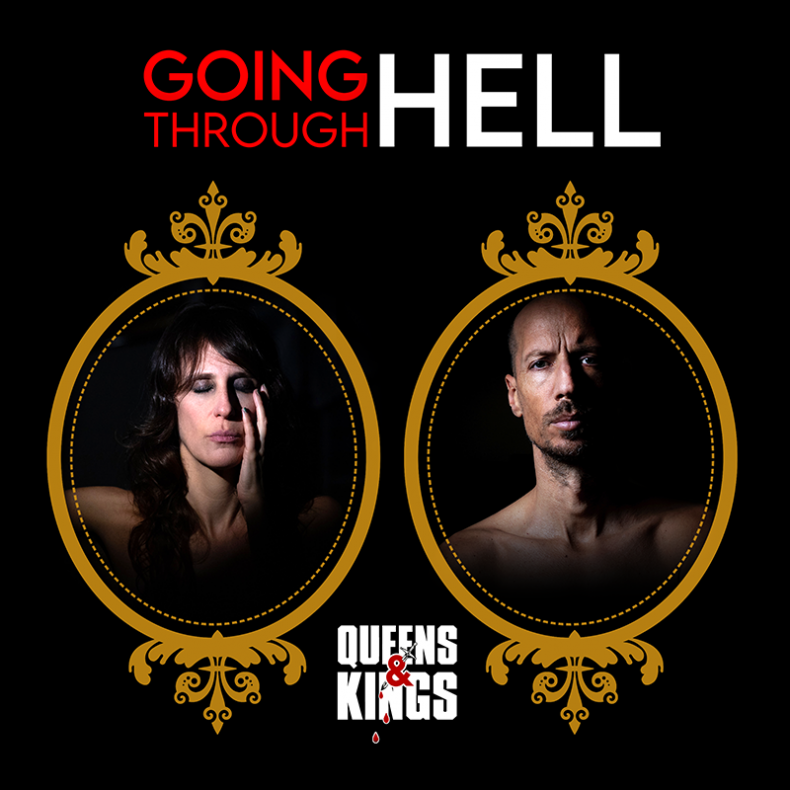 A video not hindered by the challenges of quarantine, Toronto-based rock duo Queens & Kings had about a decade of footage to fall back on for their official video for their latest single, “Going Through Hell”. Although only a band for about 4 years, members Alissa Klug (drums / vocals) and Brendan Albert (guitar / vocals) have known each other for over eleven. The video offers a window into the often volatile dynamic between the ex-couple, weaving together years of nostalgia that includes everything from personal cell phone clips to live performance footage to pro DSLR shoots. The convoluted path the two have gone down in their complicated relationship with each other is told through the journey of two touring musicians trying to find their way.

The video perfectly echoes the sentiment of the song. As Alissa expands: “The video is basically the story of the dissolution of one kind of relationship while trying to hold onto another and the struggle to make that work. But the title and sentiment also seem timely because I think we are all experiencing a sort of loss on a global level like we’ve never experienced in our lifetimes. We are all missing what we no longer have, at least for now, and are hopeful for better things to come. I think this time has really made us appreciate all the good things we took for granted while also recognizing all the things that need to change.”

“Going Through Hell” is the third single release off of the duo’s upcoming album due for release later this year.