Today we have the pleasure of presenting you ‘Complicated Man (Into The Veldt Mix)’ from Jenn Vix, a dark and elegant alternative music songstress based in Rhode Island. Lifted from her five-track ‘Unlocked’ EP, this remix comes from Danny Chavis of NYC-based shoegaze pioneers The Veldt.

Vix is an American solo electronic-rock recording artist, songwriter, producer and recording engineer, who explores multiple genres including alternative rock, trip hop, darkwave, modern new wave and electro-industrial. Vix calls this new remix ‘trap gaze’, a name inspired by the fact that The Veldt has a distinct style in their offerings, which combine the guitar work we generally associate with shoegaze with the beats and programming we often associate with hip hop, for instance. On this particular remix, the result is stunningly gorgeous.

Danny Chavis contributed lush addictive layers of guitar and other instrumentation here and this song begs to be played over and over again. The accompanying video was created by produced and directed by Renan DeAraujo, a Brazilian filmmaker who loves to tell stories with light and rhythm. The video features Vix herself, along with actor Michael French. 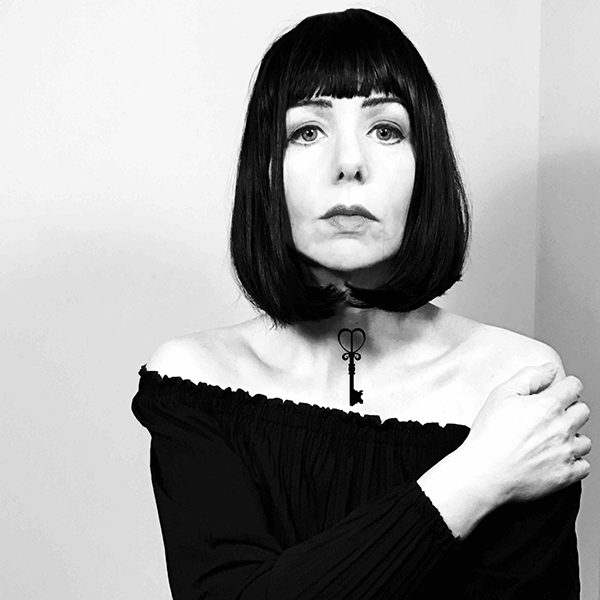 The outcome is an extreme delight due to awesome chemistry between Jenn Vix’s potent vocals and Danny Chavis, who has toured with Phantogram, The Brian Jonestown Massacre, The Pixies, Throwing Muses, Echo & The Bunnymen, Cocteau Twins, Manic Street Preachers, The Jesus and Mary Chain, Oasis, Chuck D, Living Colour, and Schooly D.

“I wanted to explore different sounds, and it felt good to do so. After my illness, it took me a year and a half to be able to even listen to music again. Change is scary, but it can also be refreshing. I recently had to burn a few bridges, but they say that the brightest light can come from the bridges you burn. I agree,” explains Jenn Vix., whose vocal delivery on this EP has earned he comparisons to Shirley Manson of Garbage.

This latest offering indicates that Vix’s new work is on par with her past best work, including collaborations with two members of The Cure, Tin Machine and also members of David Bowie and Iggy Pop’s bands. On this current EP, the track ‘Unlocked’ also features John Ashton, original guitarist of The Psychedelic Furs, who previously collaborated with Vix twice previously, on tracks ‘The Woman with No Fear’ and ‘Weirdo’ (from her five-track EP ‘Strange Buildings’).

Jenn Vix has collaborated with Reeves Gabrels, current guitarist for The Cure and former guitarist for David Bowie and Tin Machine, on her singles ‘In the House of Dark Shadows’ and ‘Speed Of Light’, and also with Andy Anderson (The Cure and Iggy Pop) on singles ‘Eyes Roll Back’ and ‘I Don’t Trust You’. Her double A-side single ‘F*ck, Rinse, Repeat / Burn’ involved Dirk Ivens, Belgian electro-industrial pioneer of Absolute Body Control, The Klinik and Dive.

Jenn Vix’s Unlocked EP can be ordered through her Bandcamp HERE along with many other offerings from her catalogue.