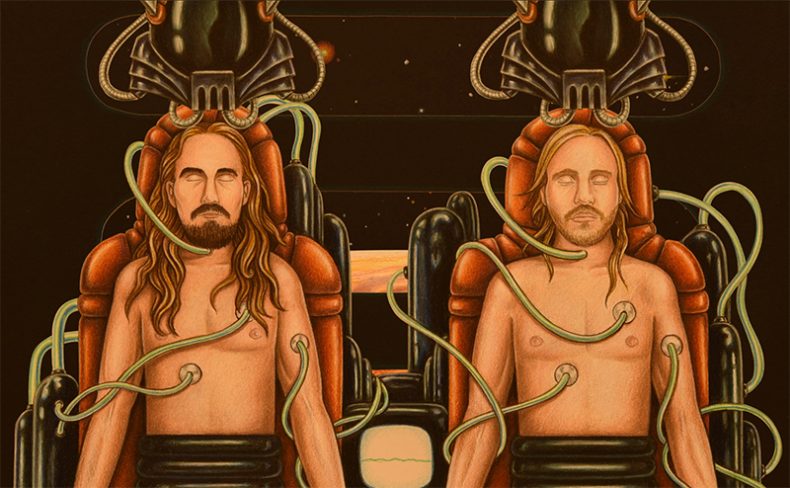 From a feel-good friendship with the catch phrase “the morale is high!” comes the upbeat indie-electro group High Morale. The project originally started as a collaboration between SoCal singer/ songwriter Brandon Hoogenboom and NY producer Clay Cornelius, recently expanding to include singer/co-writer Kylie Koch on the debut EP. The single “Face to Face” – out June 25th – came to life through this new formation.

“When Brandon and I first listened to this track, it had an otherworldly dreamlike quality to it,” Kylie says. “The lyrics are inspired by crazy, vivid dreams where you’re in familiar yet unfamiliar settings, with someone you’re longing to reconnect with. Brandon had the super-catchy chorus idea, ‘Do you have time for that?’ and it perfectly captured the vulnerability yet boldness of waking up and reaching out to that person for a second chance.”

“I initially approached Robbie and said we wanted a video of us exploring a random planet,” Brandon recalls. “He loves Star Wars and Fantastic Planet and came up with a whole concept and storyline that was just insanely creative. We storyboarded for a good two months, timing out each shot in how it will fit throughout the song. He drew all the backgrounds and characters and then I animated them.” The result is a unique music video that is equal parts eye and ear candy.