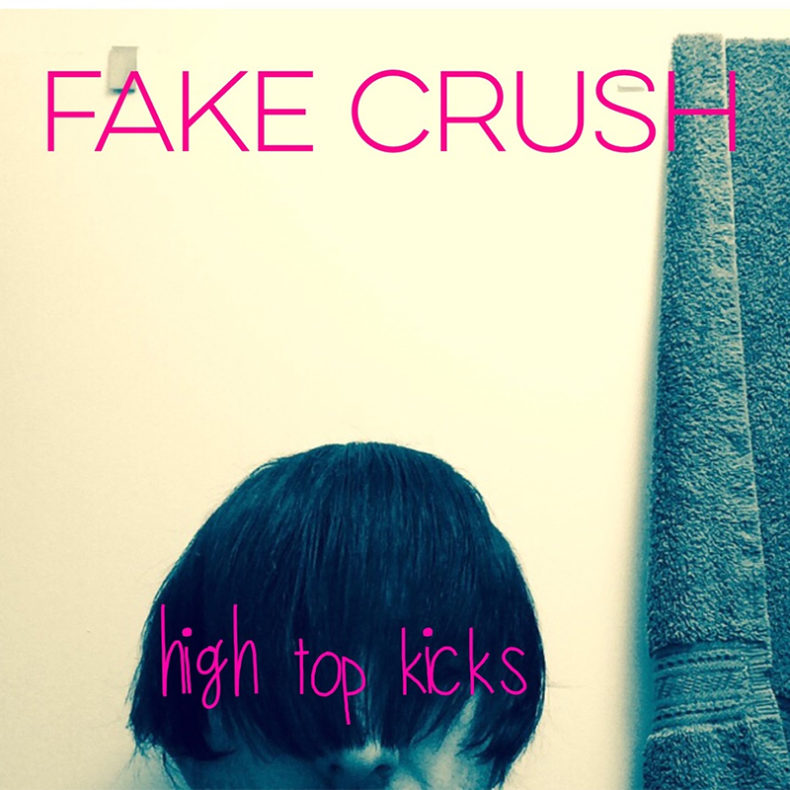 Fake Crush is a new project headed up by Matthew O’Halloran and Marco DiFelice out of their infamous cube studios in Toronto, Canada (1 Sumach Street). While both Matthew and Marco dabble in film/TV score (The New Romantic) and music supervision (Orphan Black), they started out in the dirty venues of Toronto when Sam the Record Man still lit up Yonge street with neon vinyl.

The single “High Top Kicks” is the first in a long list of future collaborations already recorded with various artists. The song exudes summertime charm, with bouncing melodies and sunshine aesthetics. The visual accompaniment for the song perfectly encapsulates those feelings. Fewer worries, more carefree excitement. Each note a nostalgia trip to fictionalized utopian past. Fake Crush make a technicolour first impression.

“Lyrics were forgotten, phrases were mumbled. Drum sticks and rhythm were sacrificed in the efforts to harness an airborne beverage. The track is entirely imperfect and we wouldn’t have it any other way.”

Please place your boombox in a lawn chair by the pool and apply the appropriate amount of sunscreen before listening.