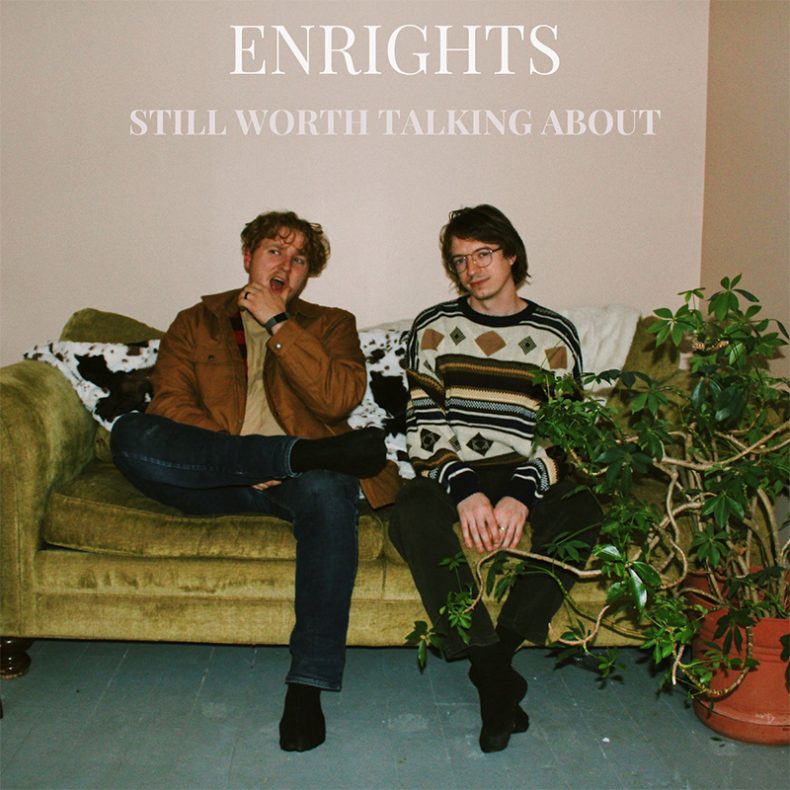 ENRIGHTS – “STILL WORTH TALKING ABOUT”

Enrights are a two piece rock band from Kingston Ontario who have been writing songs together since 2017 when a vacant studio and a six pack of light beer brought the pair together. Rooted in DIY aesthetic, the lads in Enrights pride themselves in sharing their homegrown recordings of songs about their friends from small towns across Ontario. Basically picture if the Rolling Stones were mediocre and grew up in Belleville in the 2000s.

Enrights are back after a year of radio silence, crafting their best batch of songs yet. “Still Worth Talking About” is the first single off their sophomore LP, and tackles the conversation two people in a relationship must have when things start falling apart. Is this song about a relationship or the band? Who really knows?

Enrights, the only band from Belleville, releases new single “Still Worth Talking About”.

Purchase “Still Worth Talking About” HERE