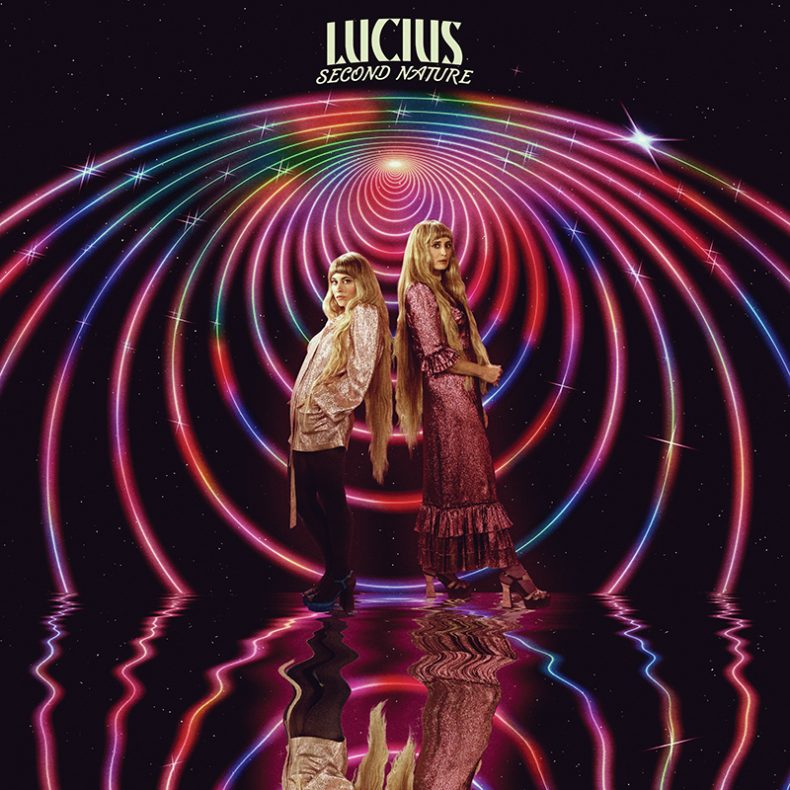 FIRST SINGLE “NEXT TO NORMAL” OUT NOW

Acclaimed indie pop band Lucius returns with their highly-anticipated new album Second Nature, set to be released April 8 on Dine Alone (Canada), Mom + Pop Music (U.S. and Mexico), Second Nature Records/Secretly Distribution (RoW) [pre-order]. Produced by Dave Cobb and Brandi Carlile, the album features ten new songs, including the first single, “Next To Normal,” which is out now. Second Nature is now available for pre-order in a variety of formats including CDs, standard vinyl, and deluxe vinyl via the Dine Alone webstore HERE.

In celebration of the album, the band will embark on a North American headline tour this spring followed by a series of European shows in September. Stops include New York’s Beacon Theatre, Philadelphia’s The Fillmore and Nashville’s Ryman Auditorium, Toronto’s Danforth Music Hall (May 18) as well as dates in London, Paris, Berlin among many others. The newly confirmed performances will go on-sale this Friday, January 14 at 10:00am local time with pre-sale beginning tomorrow. Fans can sign up for access HERE. In addition to the headline shows, the band will join Brandi Carlile on several marquee concerts this summer including Washington’s Gorge Amphitheatre, L.A.’s The Greek Theatre and Colorado’s Red Rock Amphitheatre. See below for complete tour details.

“It is a record that begs you not to sit in the difficult moments, but to dance through them,” says Wolfe. “It touches upon all these stages of grief—and some of that is breakthrough, by the way. Being able to have the full spectrum of the experience that we have had, or that I’ve had in my divorce, or that we had in lockdown, having our careers come to a halt, so to speak. I think you can really hear and feel the spectrum of emotion and hopefully find the joy in the darkness. It does exist. That’s why we made Second Nature and why we wanted it to sound the way it did: our focus was on dancing our way through the darkness.”

Recorded primarily at Nashville’s historic RCA Studio A, the 10-song album was written by Laessig and Wolfe and features their longtime band members Peter Lalish, Dan Molad alongside Solomon Dorsey with additional contributions from Drew Erickson, Rob Moose and Gabriel Cabezas with mixing by Rob Kinelski and Molad as well as Carlile and Sheryl Crow on backing vocals.

Of working on the project Carlile shares, “Lucius has been one of my favorite bands since their first studio album. I kept running into them at festivals and finding myself mystified by their power. This album feels like home to me and anyone growing up surrounded by 80s and 90s pop, but somehow Second Nature is the beginning of a new era—not just for Lucius, but for all of us. We need to get back up on our feet and that’s what this album is insisting we do. This is my first co-production with my dear pal Dave Cobb and I don’t know if I’ve ever been prouder even to witness something let alone get my hands on it. It was an absolute blast.”

Second Nature is Lucius’ third full-length album and first since 2016’s Good Grief. Widely acclaimed since their debut in 2013, The New York Times declares, “Luscious, luminous, lilting lullabies,” while NPR Music asserts, “gorgeous, joyful songs” and Pitchfork praises, “powerful voices and a keen sense of melody.” In addition to their work in the band, Laessig and Wolfe have recorded with Sheryl Crow, Harry Styles, The War on Drugs, Ozzy Osborne and John Legend and toured extensively alongside Roger Waters.

LUCIUS ON TOUR WITH BRANDI CARLILE