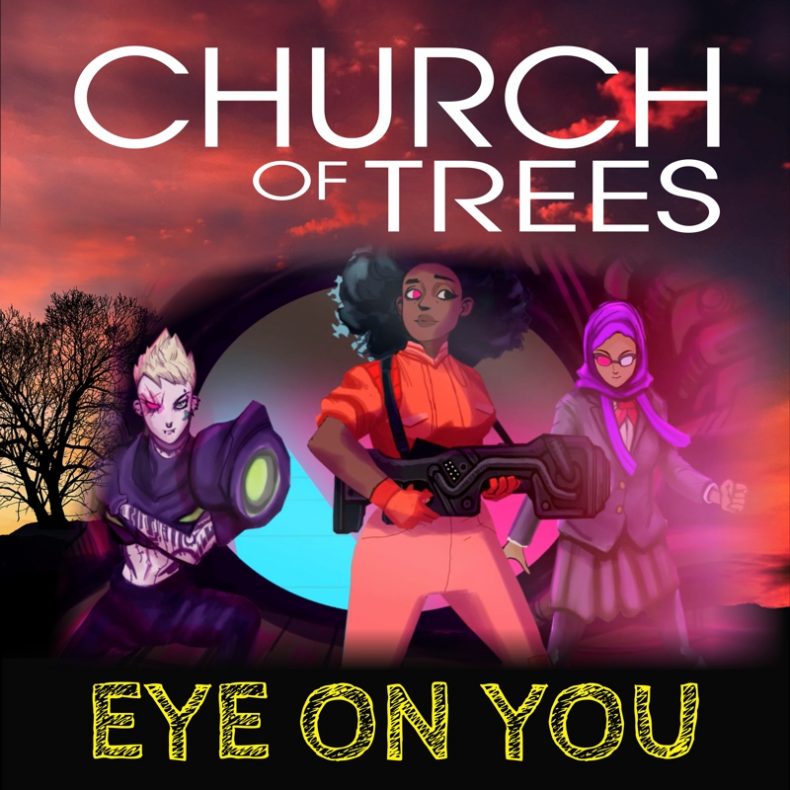 CHURCH OF TREES – “EYE ON YOU”

Church of Trees is a Canadian synthpop band, whose debut EP Primitive Creatures (2017) charted in Japan, the UK, and across Canada. The EP ended the year on numerous Best of 2017 lists. 2018 sees a brand new album, The Dark & The Light, with live dates to follow.

“In an effort to squelch the rise of populism and the havoc that leaders like Trump are wreaking on this world, the video director (Jesse Stasiuk) and I decided to continue the story we started with Like Gary Numan.

In “Eye on You”, our Like Gary Numan hero (Dee) helps to free a trio of diverse women (Muslim, African-American, Trans) captured by a Totalitarian regime, and they attempt to dismantle  the technological infrastructure holding the regime together.

It is a song/video about seizing control of your life and taking a clear and firm stand against that which is corrupt, immoral, and just plain wrong.onversation about the frightening rise”

Order/Download The “Eye On You” Single Via

Stream “Eye On You” and all other Church of Trees from Spotify, Apple Music and most other streaming services.

SPILL NEW MUSIC strives to keep our readers up-to-date with new releases by your favourite artists, keeping you informed of new album, single, and video releases. Stay tuned -- who knows, you might just discover your new favourite band.
RELATED ARTICLES
bernard frazerchurch of treeseye on you
9.0