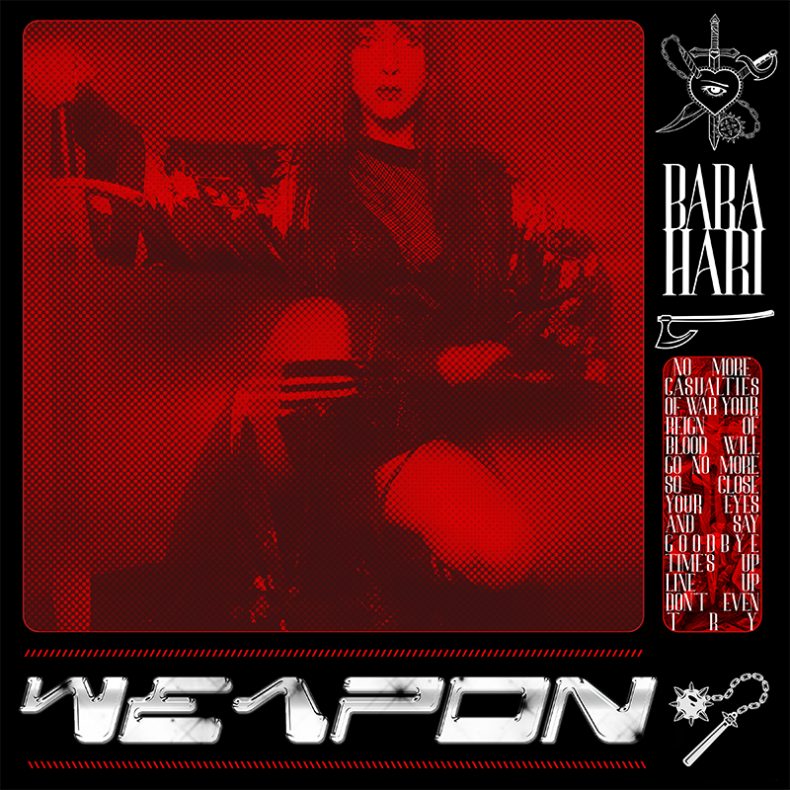 “Weapon” is inspired by her many experiences with psychological and physical abuse at the hands of men in positions of power, predominantly in the music industry. The song serves as an anthem for women that are fed up with the way that they are treated by exploitative men.

The music video for “Weapon” was inspired by the Kill Bill movie franchise. A big fan of movies, Bara Hari adored how the protagonist is portrayed in the films. Not as the usual damsel in distress, but as a woman who takes care of business and exacts her revenge on those who wronged her.  The costumes in “Weapon” were designed by Bara Hari and are reminiscent of the movie characters Bellatrix and Gogo.