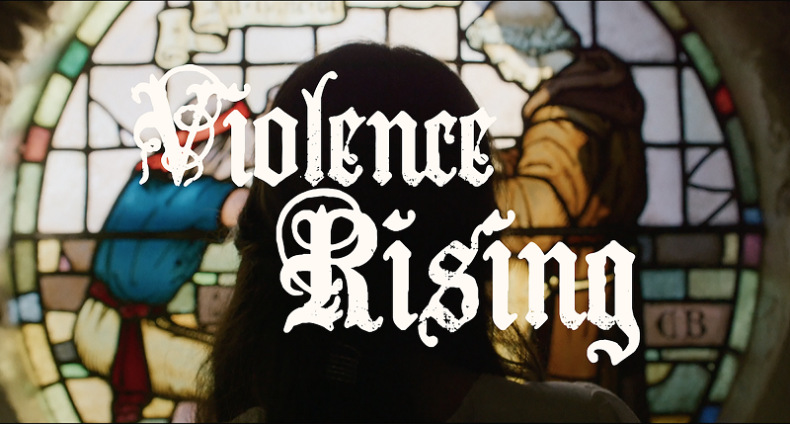 Blurring the lines between myth and trauma, fantasy and reality, Franco builds a shadowy space from which to explore pain, beauty, and drama as Bara Hari. Often handcrafting elaborate costumes and set pieces to accompany her music, Franco is a world builder in a sense that extends to every darkly ethereal detail of her work. Whether crafting period-appropriate gowns, plunging into the mind of a character, or designing moody showpieces for live performances, Franco’s uncompromising approach to her work offers listeners a fully immersive experience. Franco writes, records, and produces herself out of her studio in Los Angeles. Franco’s take on dark pop weaves raw vulnerability into tight, driving productions in a style akin to Florence + the Machine, iamamiwhoami, Marina, and Garbage.

“The second video and single from the forthcoming Bara Hari full length, Lesser Gods, ‘Violence Rising’ tells the tale of someone who’s coming to terms with the fact that their self-proclaimed righteousness may actually be just as biased as the views of the opposer. Visually inspired by fairy tales and Renaissance art, ‘Violence Rising’ is a cinematic portrayal of a virtuous queen who falls from grace, meets her demise and is transformed into the wolf she so feared.”