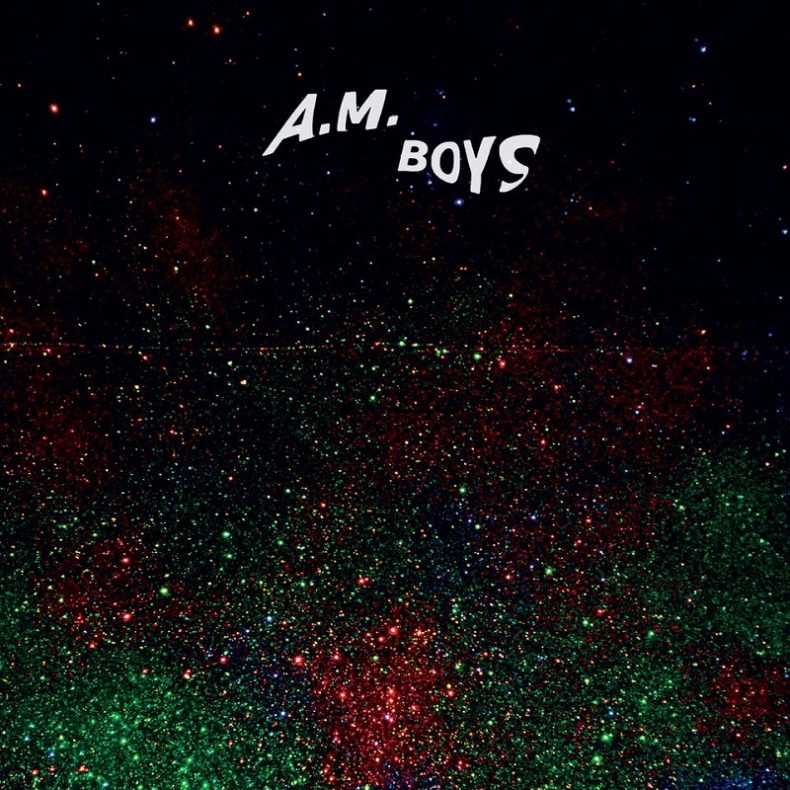 Its accompanying music video was filmed and directed by NYC motion designer David-Lee Fiddler, incorporating live-in-studio footage shot by Doug Young. A deeply collaborative effort between Fiddler and the duo, the video creates a vibrant and original world of sound and color. In addition, to live footage, Fiddler animated still photos by A.M. Boy John Blonde, used in creating the Distance Decay album art. The duo credits Fiddler with being an energetic director that “seemed capable of translating any idea we had into reality.” Blonde says, “The ‘Traveler’ video is what we think the electricity looks like inside our synthesizers.”

A.M. Boys are well-seasoned multi-instrumentalists/producers/engineers. John Blonde (who releases solo music as Muscle Club, previously House of Blondes) and Chris Moore (who releases solo music as Light Vortex and has worked with groups such as TV on the Radio, Yeah Yeah Yeahs, Foals, OSEES, and more) met at an Aphex Twin listening party and later, A.M Boys was born. Their forthcoming debut album focuses on an intimate and minimal approach to instrumentation. The album’s ten original songs juxtapose rippling rhythms with melodic synth lines and ethereal vocals. It was written during darkly lit late night jam sessions with analog synthesizers, drum machines, space echo and voice. These sessions were influenced by post-punk and cold wave, along with the duo’s revered trinity of Kraftwerk, Aphex Twin, and Prince. (Sub one of these for Throbbing Gristle on a rainy night.)

“Traveler” is out tomorrow and Distance Decay is out June 3. The record’s first single, “A.M. Theme,” is out now.

by SPILL NEW MUSIC on July 5, 2022
RECKLING – “IN MY HAIR” A SPILL EXCLUSIVE VIDEO PREMIERE Los Angeles punk-leaning four-piece Reckling (led by lead songwriter/vocalist Kelsey Reckling) is back with the [...]