SPILL TRACK OF THE DAY: THE REED EFFECT – “NO WAY OUTTA HERE” 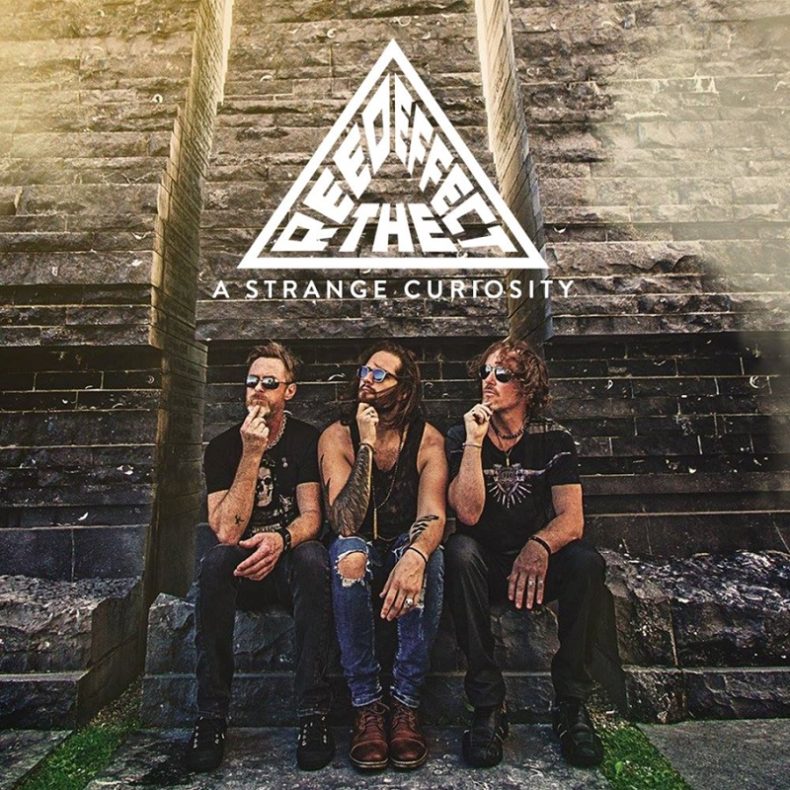 Want the true definition of Canadian Kickass?  Here it is.. The Reed Effect. The Toronto-based trio of Kirk Reed on guitar and vox, Chris Reed (Fat Mob) on bass, and Bryan Fontez (Last Bullet) on stix, have just released their second rock’n’roll delicacy, A Strange Curiosity, and today’s Spill Track Of The Day brings you one of its finest tracks — “No Way Outta Here”.  These guys kick ass — hard. Don’t believe me?  Listen to this track.. and don’t forget — I told ya so! While you’re at it, why don’t you just go download the whole thing — won’t be the last ya hear o’ these boys.

If Nirvana and The Doors had a love child, who was then raised in the desert taking hits of acid with Frank Zappa, you’d likely end up with a band that sounds as oddly unique as The Reed Effect.

Hailing from Toronto, and having spent the last several years proudly cutting their teeth in the scummiest venues north of the border, The Reed Effect have been warping minds with their lyrics, shaking hips with their riffs and assaulting all five senses with an onslaught of progressively addictive rock hooks that pull from grunge, metal and blues. Having been tapped as support for bands like Jeff Martin of The Tea Party, The Wild and Die Mannequin, The Reed Effect have been leaving their unique brand of stinkface-inducing, schizophrenic rock lingering in the air of venues across Canada since day one.

Founding member and lead man Kirk Reed, along with his brother Chris on bass and drummer Bryan Fontez form a rock n’ roll triumvirate that’s built like a brick shit-house. With their new album “A Strange Curiosity” ready to drop later this year and the bar set higher than ever, the band has never been more proud of the heavy grooves they’re about unleash.

If you’re into the kind of guitar riffs that scar you for life, bass lines that vibrate your skull and a drummer who hits so hard he should be convicted of instrumental murder, do yourself a favour and check out The Reed Effect, like a solid shit, you’ll be oddly satisfied.