SPILL TRACK OF THE DAY: THE RAVEONETTES – “EXCUSES” 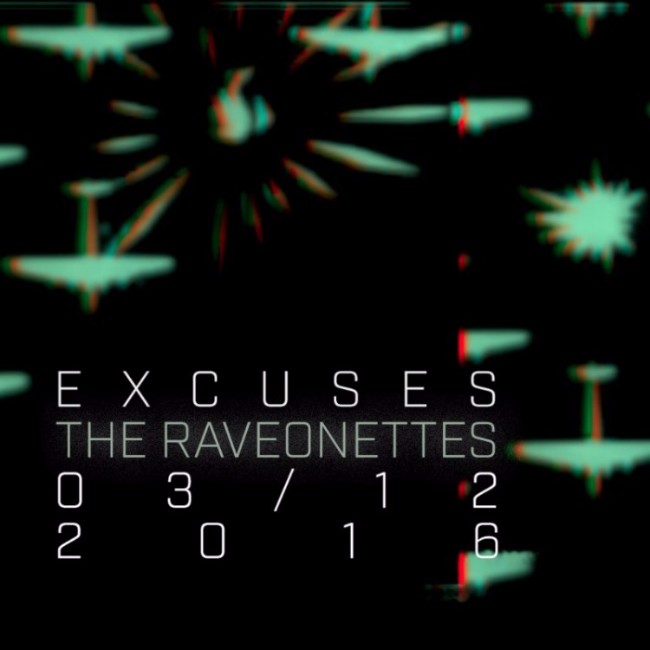 The Raveonettes reveal a new track entitled “EXCUSES”.  The track is the third release from the band’s official RAVE-SOUND-OF-THE-MONTH playlist following tracks “Run Mascara Run” and “The World Is Empty (Without You)” released earlier this year. The duo will continue to upload a freshly recorded track to the playlist on the last Friday of every month until December. The ‘anti-album’ will feature a collection of new tracks that aren’t bound by the constraints of the format. Join the RAVE-SOUND-OF-THE-MONTH and subscribe to the playlist here.

Sune Rose Wagner said of “EXCUSES”, “I love piecing things together, It’s so inspiring working on bits and pieces and make them happen together in a beautiful way. EXCUSES is a great example of that, helps my ADD. Furthermore, being surrounded by creative, inspiring, mad people is so crucial to anything in life really but when you encounter the opposite it’s so sad and a major drag to say the least, EXCUSES is kinda about that.”

SPILL TRACK OF THE DAY is published daily, showcasing the best in recent independent releases, with a focus on the Toronto Indie Music Scene. We also feature tracks from across Canada and around the World, including Canadian francophone releases. Remember -- you heard them here first. ;)
RELATED ARTICLES
the raveonettesthe raveonettes pledgetotd

SPILL NEW MUSIC: THE RAVEONETTES SHARE “THIS IS WHERE IT ENDS” TRACK | NINTH TRACK IN MONTHLY RAVE-SOUND-OF-THE-MONTH SERIES

by SPILL NEW MUSIC on October 4, 2016
DANISH DUO SHARE “THIS IS WHERE IT ENDS” TRACK THE NINTH TRACK IN THEIR 12 MONTHLY RAVE-SOUND-OF-THE-MONTH SERIES “This Is [...]

by SPILL NEW MUSIC on September 3, 2016
DANISH DUO SHARE “A GOOD FIGHT” TRACK THE EIGHTH TRACK IN THEIR 12 MONTHLY RAVE-SOUND-OF-THE-MONTH SERIES The [...]

by SPILL NEW MUSIC on July 4, 2016
DANISH DUO SHARE “WON’T YOU LEAVE ME ALONE” TRACK THE SIXTH TRACK IN THEIR 12 MONTHLY RAVE-SOUND-OF-THE-MONTH [...]