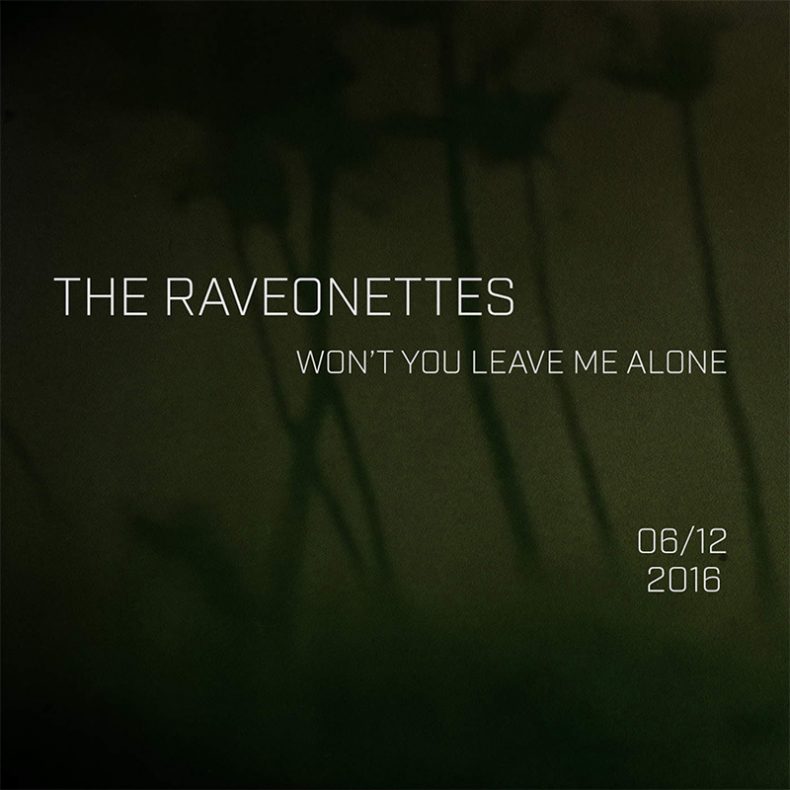 The Raveonettes have released their brand new track “Won’t You Leave Me Alone” as part of their RAVE-SOUND-OF THE MONTH playlist and I wanted to see if you’d be interested in featuring the track on Spill? This is the sixth track in the 12 month series which will feature a freshly recorded track released every month this year.  Sune Rose Wagner describes the song as “a get outta my way kinda tune, I don’t need this crap from you. Lots of vocal harmonies and pounding drums, fiery guitars, just enjoy really.” You can listen to the track below.

The duo also continue their pledge music campaign where fans can pledge for a new album with all tracks from January 2016 to December 2016 to be released as an entire record in Feb 2017 along with exclusive new material: http://www.pledgemusic.com/projects/the-raveonettes-new-album?referrer=popular.