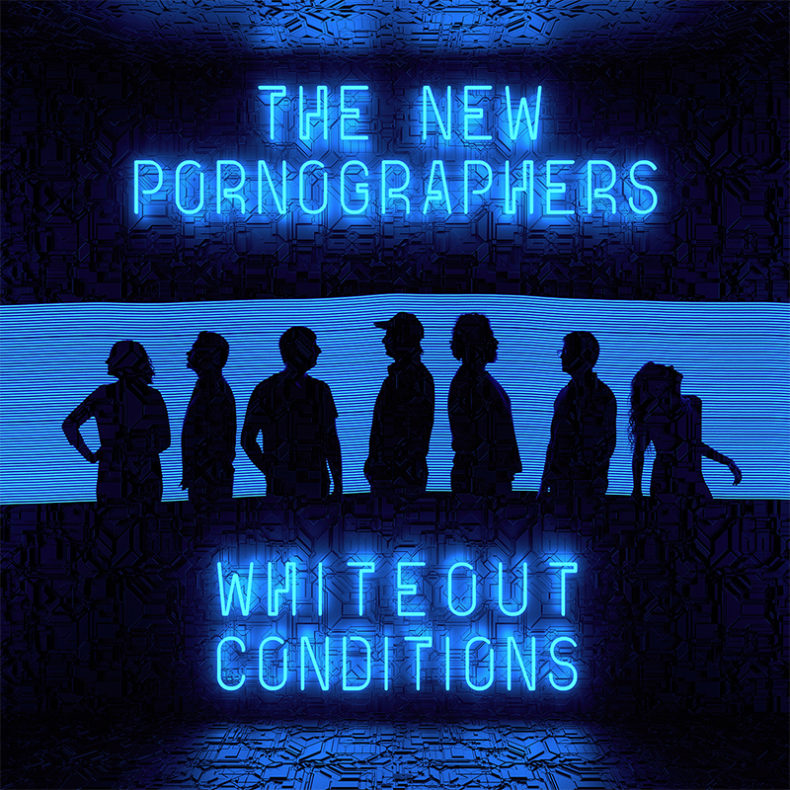 “High Ticket Attractions” is the new track from critically acclaimed supergroup The New Pornographers’ forthcoming record Whiteout Conditions. The new album is due April 7 via Dine Alone Records. The group also recently premiered the track “This Is The World Of The Theater””.

Whiteout Conditions is available for pre-order with a glow-in-the-dark poster now at www.thenewpornographers.com. The New Pornographers will also tour the U.S. and Europe this spring, starting with a headlining performance at the NPR SXSW opening night showcase at Stubb’s on March 15. Full tour dates can be found below.

Of writing the new record, founder and frontman A.C. Newman notes that, “At the beginning of this record, there was some thinking that we wanted it to be like a Krautrock Fifth Dimension. Of course, our mutated idea of what Krautrock is probably doesn’t sound like Krautrock at all. But we were thinking: Let’s try and rock in a different way.”

Since their debut in 2000, The New Pornographers have released six studio albums including their most recent, Brill Bruisers, hailed as an “exuberant, synthpop-infused set” by Rolling Stone, “infectious” by Harper’s Bazaar and “the grand and purposeful hookfest that you would hope these guys would come back with” by Stereogum. Pitchfork went on to note that “with the futurist sound of Brill Bruisers, the whole band embraces a more electric version of itself – bulked-up in chrome-plated armor, firing on all cylinders, and ready to steamroll anything in its path.” The band celebrated the release with a special NPR Music “First Listen Live” concert at the legendary Brill Building, and performed songs from the album on both Conan and the Late Show with David Letterman.

SPILL TRACK OF THE DAY is published daily, showcasing the best in recent independent releases, with a focus on the Toronto Indie Music Scene. We also feature tracks from across Canada and around the World, including Canadian francophone releases. Remember -- you heard them here first. ;)
RELATED ARTICLES
dine alone recordsthe new pornographerstotd