SPILL TRACK OF THE DAY: FERRARO SIGN TO CADENCE MUSIC AND ANNOUNCE RELEASE OF LOSING SLEEP ON APRIL 29th 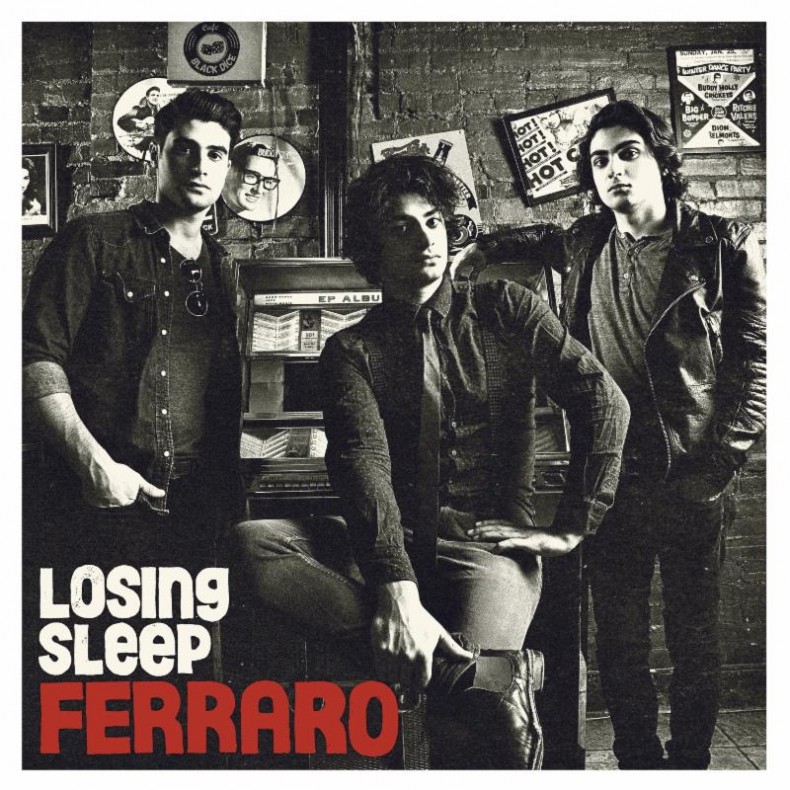 “What strange creatures brothers are!” ~ Jane Austen.  Creatures indeed. When it comes to brothers, none are more “brotherly” than the Ferraro brood. Cosmo, Tally and Gianni have no memory of when they started to play together. To them, it’s always been so. They are set to release their debut record, Losing Sleep, on April 29th with Cadence Music. Hear a toe-tapping, finger-snapping, sing-along inducing ride with the first single (and title track): http://bit.ly/1ppH0w6. Join them at The Rivoli in Toronto on April 28th for their official album release show (details below). The album is available now for pre-order on iTunes: http://apple.co/1ppG7nv; and limited edition flexi discs for a series of the songs will be available offstage.

Though the Ferraro name may be new to many ears – their dynastic legacy is not. They are descendants of The Cameron House (which is still in the family’s hands) in Toronto, Canada. A venue with a well-earned reputation as the place to be seen, and to hear new music. Surrounded by the storied history, and witness to countless legendary performers – it was almost unavoidable they would band together to do the same.

“Growing up at The Cameron, we couldn’t help but look up to all the musicians that hung out there. From the likes of Blue Rodeo, Bahamas, and Feist; it’s a real community where everyone is happy to help each other and share their secrets. It was and continues to be our main source of inspiration.”

Looking back is a fitting way to describe their sound. It’s 50’s inspired and yet it’s inherently modern. They clash, bang and grit it out, with a melodic tone that is reminiscent of The Beatles and The Strokes. Their 10-song debut record, Losing Sleep, encompasses all those aspects and sticks in your head – it’s catchy as hell. Guillermo Subauste engineered and mixed; with production credits shared between the band and Don Kerr, and mastering by Joao Carvalho. A lot of heart and soul went into this bad-boy

SPILL TRACK OF THE DAY is published daily, showcasing the best in recent independent releases, with a focus on the Toronto Indie Music Scene. We also feature tracks from across Canada and around the World, including Canadian francophone releases. Remember -- you heard them here first. ;)
RELATED ARTICLES
cadence musicnew musictotd