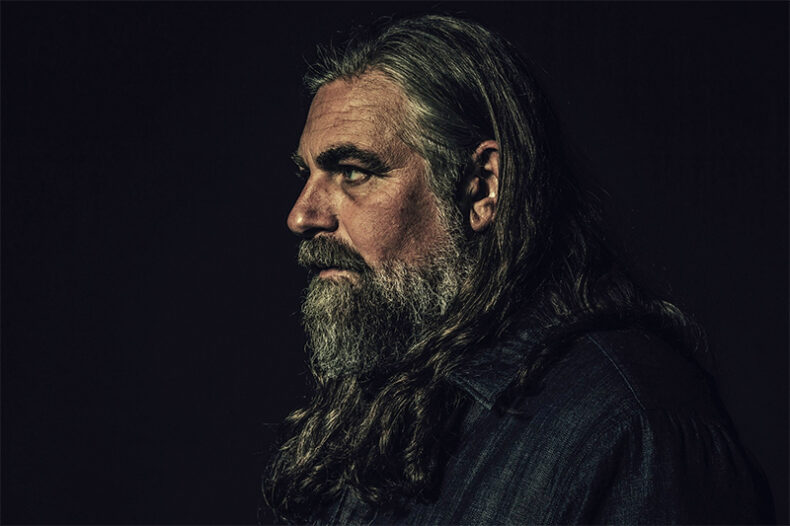 The White Buffalo’s acclaimed new album Year of the Dark Horse is available everywhere via Snakefarm, HERE. Recorded at Neon Cross studio in Nashville with producer Jay Joyce (Eric Church, Brothers Osbourne, Fidlar)-the 10-track album was and has debuted to critical praise across the globe.

On Year of the Dark Horse, the Emmy-nominated, Oregon-born, and Southern California-bred artist The White Buffalo aka Jake Smith, took the less-traveled path and embarked on a voyage of discovery. Bassist, keyboard player, and guitarist Christopher Hoffee and drummer Matt Lynott added to the recordings and round out the group on the road.

Year of the Dark Horse which American Songwriter hailed as a “tilt-a-whirl of melting soundscapes,” and a “funhouse of melodies that shapeshift in your ears” is based around the shifting of seasons paralleled with the changes in a relationship. Smith’s evocative storytelling and emotionally weighted songs allow the imagination of the listener to play an important part throughout; the music builds on a tale of debauchery (of the drunken variety) and blame, of love and loss, a life lived against the odds, the whole thing set in one lunar year, following our anti-hero through the highs and lows of the seasons. From highlights “Kingdom For A Fool,” “52 Card Pickup,” and “Donna,” Year of the Dark Horse offers an invigorating and wonderfully unpredictable listen. A collection of 12 musical vignettes individual yet constant in flow, it is The White Buffalo’s most ambitious and well-rounded work to date, with the full scope of Smith’s songwriting craft on view.

The White Buffalo recently premiered videos for three songs off the new album, “Love Will Never Come/Spring’s Song,” “C’mon Come Up Come Out,” and “She Don’t Know That I Lie.” The trio of clips directed by C.W Robert Mihlberger, comprises Act II “Spring into Summer” which is part of–The White Buffalo: Year of the Dark Horse–a companion art film based on the new album. The new videos follow the previously released Act I “Winter into Spring” which includes the videos “Not Today,” “Winter Act 2,” and “Kingdom For A Fool”.

SPILL NEWS strives to keep our readers up to date with news and events in the music industry. We keep you informed of the most recent information regarding new releases, tour dates, and information items about your favourite artists.
RELATED ARTICLES
jake smithnew musicnews

by SPILL NEW MUSIC on October 1, 2022
THE WHITE BUFFALO SHARES NEW MUSIC VIDEO FOR “NOT TODAY” FIRST SINGLE FROM FORTHCOMING ALBUM YEAR OF THE DARK HORSE OUT NOVEMBER 11 VIA SNAKEFARM RECORDS Emmy-nominated singer/songwriter and musician The White Buffalo has shared the [...]

by Mark Kendall Andrews on May 21, 2020
HUNTING THE WHITE BUFFALO A CONVERSATION WITH JAKE SMITH As we stay inside during these difficult times, many of us look for entertainment in the comfort of our dwellings, seeking those or that which will ease our anxiety and pain. Many are [...]
9.0