SPILL NEWS: THE RUMOURS ARE TRUE: ‘CRACKER ISLAND’ THE NEW ALBUM FROM GORILLAZ IS COMING ON FEBRUARY 24, 2023 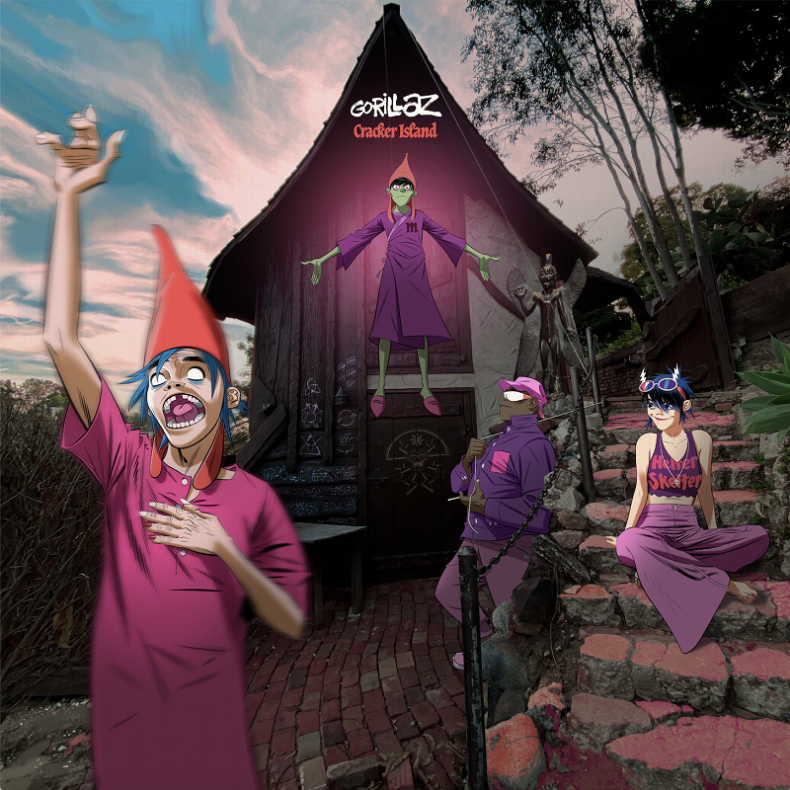 THE RUMOURS ARE TRUE: CRACKER ISLAND THE NEW ALBUM FROM GORILLAZ IS COMING ON FEBRUARY 24, 2023

Guitarist Noodle said of the band’s new record – “Cracker Island is the sound of change and the chorus of the collective.”

Russel Hobbs added – “When the reckoning comes, gotta be ready to step through the gateway. Cracker Island’s got the entry codes…”

And Murdoc Niccals announced – “The hallowed tones of Cracker Island will soundtrack our collective ascension into the new dimension! JOIN ME!”

Originally based at Kong Studios in West London, the group of musical misfits – Murdoc, Noodle, Russel and 2D – have relocated to Silverlake, California as they recruit new members to join ‘The Last Cult’, in search of the one truth to fix the world. Reports from the Golden State indicate that Murdoc is in love with the lady next door. Russel is glued to the TV. Noodle is compiling a handbook of wisdom and knowledge. And 2D is busy being 2D.

Gorillaz kicked off summer in a delirium of police lights and hallucinations, with the epic psychedelic video for ‘Cracker Island ft. Thundercat’ dropping in July.  Directed by artist and Gorillaz co-creator Jamie Hewlett and the Emmy nominated director, Fx Goby, Cracker Island – which takes viewers on a late night journey into the City of Angels – hit the Top 10 in YouTube’s Music Video Charts in Ireland, the UK, US, Australia and Canada, and is now at almost 12.5M views after racking up 10M views in 10 days. The video drop also blew up the band’s TikTok with the account hitting 2M followers and counting. Watch it again HERE!

SPILL NEWS strives to keep our readers up to date with news and events in the music industry. We keep you informed of the most recent information regarding new releases, tour dates, and information items about your favourite artists.
RELATED ARTICLES
gorillaznews
6.0

by Angelica Bottaro on June 29, 2018
Gorillaz The Now Now Parlophone Records Limited Your favourite cartoon ensemble that makes up the Gorillaz is back at it again with a new album, The Now Now, and although it’s not as courageous as previous releases, it’s a much-needed collection [...]