SPILL NEWS: THE DANDY WARHOLS 25th ANNIVERSARY TOUR BEGINS MAY 3 | NEW ALBUM ‘WHY YOU SO CRAZY’ OUT NOW ON DINE ALONE RECORDS 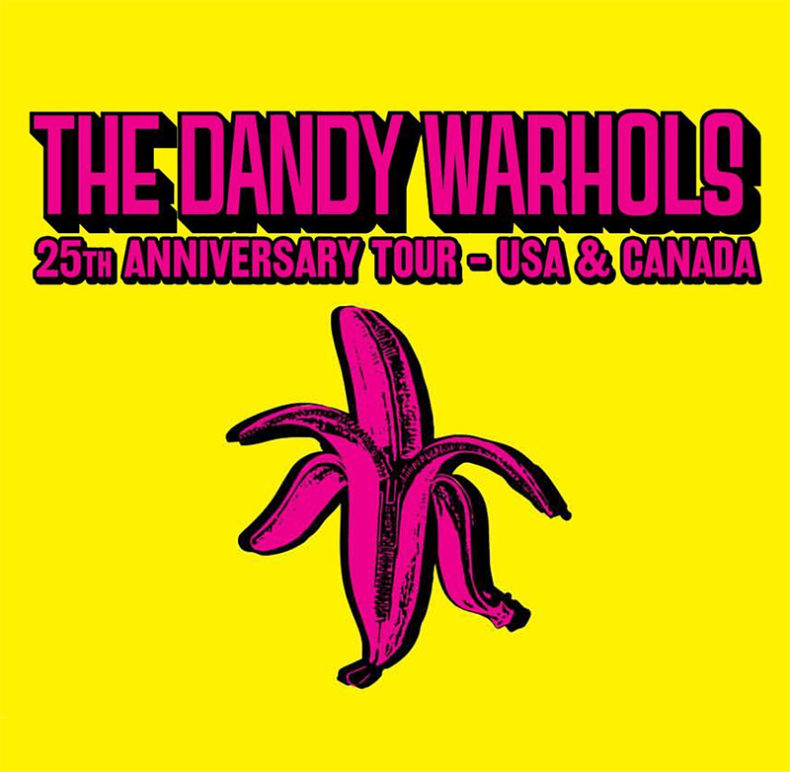 The Dandy Warhols continue their 25th anniversary celebration beginning this Friday, May 3rd, with select North American dates. “The weirdest thing about it being ‎our 25th anniversary is it doesn’t feel like 25 years. Feels like about six. Or five,” muses frontman Courtney Taylor-Taylor. Keyboardist/bassist Zia McCabe can’t help but wonder about the complications of building a set list around an entire career as opposed to an individual album; “Oh man, how are we going to fit something from each album into our set? Don’t worry, we’ll figure it out and it will be legendary. Get ready for a massive concussion of rock and roll that’s been a quarter of a century in the making.”

Whether you dig them gritty or glittery, their recently-released new album Why You So Crazy, delivers on all fronts, careening through classically off-kilter psych-pop (‘Be Alright’), high country-fried Americana (‘Motor City Steel’), and gothic piano-propelled rumbas (‘Forever’). You can expect to hear choice cuts from this album, as well as classics from their stellar back catalog of greatness!

SPILL NEWS strives to keep our readers up to date with news and events in the music industry. We keep you informed of the most recent information regarding new releases, tour dates, and information items about your favourite artists.
RELATED ARTICLES
dine alone recordsnewsthe dandy warhols