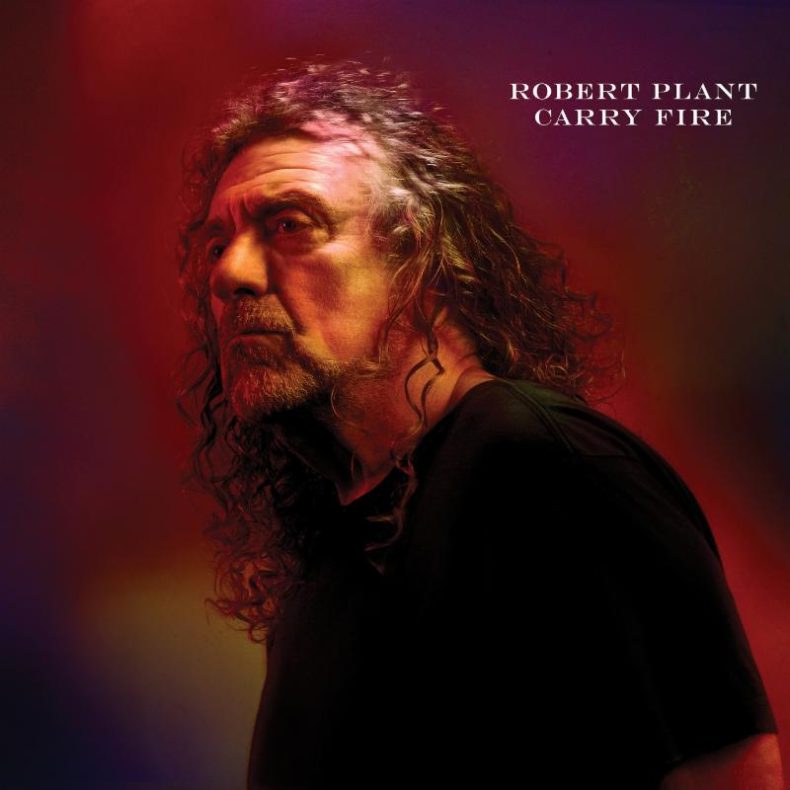 Robert Plant has announced the first North American headline dates on his upcoming world tour celebrating the release of his eagerly anticipated new album Carry Fire which arrives via Nonesuch/Warner Bros. at all music retailers and streaming services on Friday, October 13, 2017. The album track “Bluebirds Over The Mountain” is also available today. Written by rockabilly legend Ersel Hickey and later recorded by both Richie Valens and The Beach Boys, “Bluebirds Over The Mountain” features special guest Chrissie Hynde joining Plant on vocals. The track is accompanied by a striking companion visual, streaming now at Plant’s official YouTube channel (as are companion videos for both “The May Queen” and “Bones of Saints.”

The live dates — which once again see Plant accompanied by The Sensational Space Shifters — begin February 9 at Raleigh, NC’s Memorial Auditorium and then continue through early March (complete dates below). Additional dates will be announced soon. For updates, please visit www.robertplant.com.

Plant, who is very committed to getting tickets into the hands of his fans and not scalpers or bots, is collaborating with Ticketmaster to sell Presale tickets through its Verified Fan ® program. Fans can visit robertplant.tmverifiedfan.com to register for Verified Fan Presale access now until registration closes on Wednesday, September 27, at 12pm Eastern Time. Those verified and selected will receive a text invitation two to four hours before the Presale begins on Thursday, September 28 at 12pm Eastern. The general public sale will be on Friday, September 29.

In addition, every ticket purchased online will be joined by either a physical or digital copy of the new album, Carry Fire, upon its October 13 release. Instructions on how to redeem the album will be emailed after ticket purchase.

Carry Fire is available now for pre-order at all digital music retailers and via www.robertplant.com. All pre-orders are joined by instant grat downloads of the tracks “The May Queen” and “Bones of Saints,” along with the just unveiled album highlight “Bluebirds Over The Mountain.” Those three songs are also available now for individual purchase at all DSPs and streaming services. In addition, all pre-orders made via Nonesuch or robertplant.com  will receive an exclusive limited edition print inspired by the album’s cover art.

Plant and the Space Shifters are joined on Carry Fire by a number of special guests, including the aforementioned Chrissie Hynde, Albanian cellist Redi Hasa, and acclaimed musician Seth Lakeman, who contributes viola and fiddle to three tracks. Lakeman will join the Sensational Space Shifters on all upcoming world tour dates.

Plant and The Sensational Space Shifters spent nearly two years on the road together supporting lullaby and…The Ceaseless Roar, their one-of-a-kind sound and vision ultimately evolving into something even more creative and powerful. Now, with Carry Fire, Plant and his collaborators have fashioned a remarkable new collection of songs, melding unusual rhythms with naturalism and smoldering power.

“It’s about intention,” says Plant. “I respect and relish my past works but each time I feel the trawl and incentive to create new work. I must mix old with new. Consequently the whole impetus of the band has moved on its axis somewhat, the new sound and different space giving way to exciting and dramatic landscapes of mood, melody and instrumentation”.

Additional Dates To Be Announced

SPILL NEWS strives to keep our readers up to date with news and events in the music industry. We keep you informed of the most recent information regarding new releases, tour dates, and information items about your favourite artists.
RELATED ARTICLES
carry firenewsrobert plant