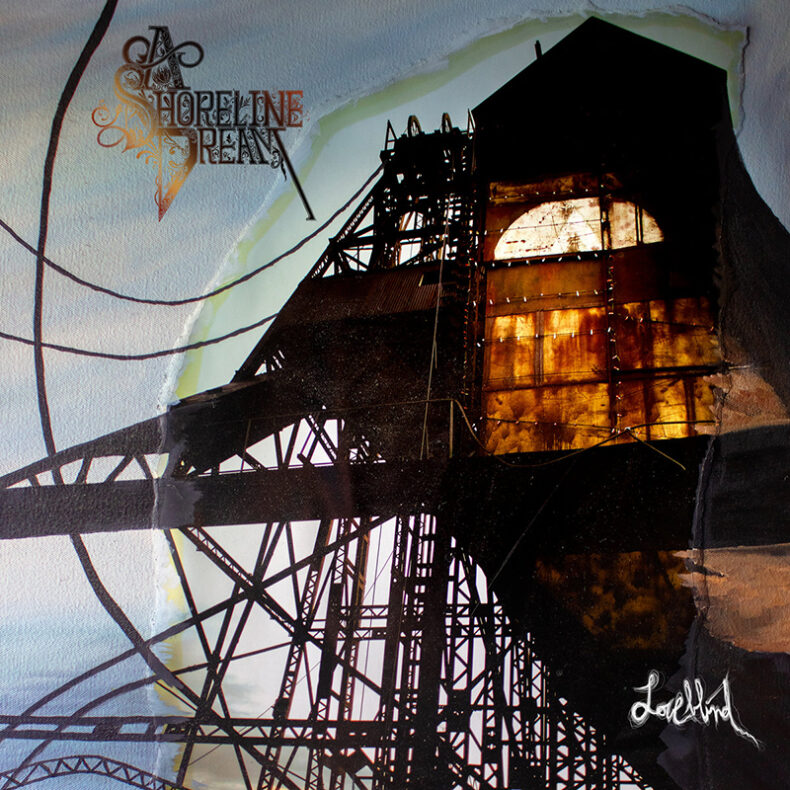 Like many artists, who had to put recording and touring plans on hold due to the Covid pandemic, legendary Colorado-based shoegaze / postpunk outfit A Shoreline Dream took hiatus for a couple of years between releases. After previewing the singles “Loveblind” and “Alarms Stop Ringing”, frontman/ founder Ryan Policky, guitarist Erik Jeffries and company are finally back with a new album

Also called Loveblind, this will be the band’s sixth full-length album, this series of releases having kicked off with 2014’s critically acclaimed The Silent Sunrise. As usual, the band will release this new collection under their own imprint (Latenight Weeknight Records) on the trail of their critically acclaimed Melting album (2020).

Policky speaks about the cohesive concept behind this long-play record” “Loveblind is an introspective view of things building all the way up, then crashing back down – like relationships that try to rekindle, only to find that the original reason for the failure has grown even stronger. The songs and driving energy behind each represent rare moments of true passion and also those of complete devastation. Even in perceived time of feeling, things couldn’t get any better, a finality lies waiting behind the next corner”.

A Shoreline Dream are masters in condensing time and genre to create original and invigorating music that combines elements of progressive rock and darker shoegaze, their music ultimately finding itself amidst a limitless post-genre world. Once again, they offer the listener a sonorous journey – a inward looking, lush and wonderfully orchestrated sonic adventure with dark intensity.

With a history that boasts collaborations with legends such as Ulrich Schnauss, east coast independent label mastermind Mark Kramer and Engineers. A Shoreline Dream has toured with Ulrich Schnauss and was special guest for Chapterhouse on their final appearance in San Francisco.

A Shoreline Dream dives into recollections and past desires while looking forward in a wash of soundwaves pointed towards a blinding future. Produced by Ryan Policky and recorded over 10 months in the Barnum suburb of Denver, this album features immense synth layers, the band’s signature guitar and symphonic vocals.

While the pandemic has taken its toll on our mental well-being, the perception of money and power has blown previous years away. Dying to get back to the good times, moments of pure, unscathed lust, we are eager for new experiences to sweep us off our feet. Loveblind reaches for that same energy, taking cues from previous A Shoreline Dream works released over the past 16 years, drawing more from their progressive goth roots. Layers of moodiness, blissful explosions of rock and chugging tempo mix with the pain, love, hope and moments of near death experienced while creating the album itself.

The Loveblind album will be available everywhere online, including Spotify, Apple Music and via Bandcamp, where it can be ordered directly from the artist. A Shoreline Dream will also be releasing their seminal Recollections of Memory album, involving Ulrich Schnauss, on vinyl – it can be pre-ordered at https://www.diggersfactory.com/vinyl/269663/a-shoreline-dream-recollections-of-memory

Also enjoy the videos for the first two singles from this album:

by SPILL NEW MUSIC on September 8, 2020
A SHORELINE DREAM – “DOWNSTAIRS SUNDAYS” A SPILL EXCLUSIVE VIDEO PREMIERE Colorado is known for a few things that immediately come to mind – its mountains, [...]

by SPILL NEW MUSIC on August 15, 2016
A Shoreline Dream – “Whirlwind” A Spill Exclusive Music Premiere “It is not light that we need, but fire; it is not the gentle shower, but thunder. We need the storm, [...]