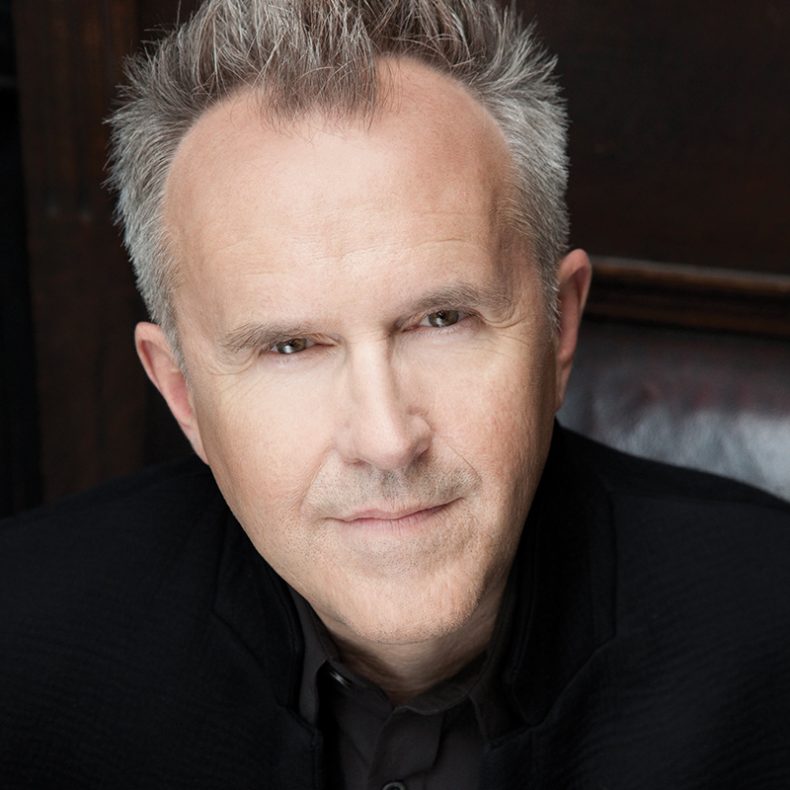 NEW ALBUM DIALOGUE DUE OUT THIS SUMMER

New wave icon/synth pioneer Howard Jones has just released the first track from his forthcoming studio album; “I Believe In You” is available now via streaming services. Of the inspirational new song, Jones commented, “’I Believe In You’ was the first song I wrote in lockdown. I noticed that a lot of people were losing confidence and suffering from a lack of contact and support from each other and I wanted to put out a message of encouragement. I believe in you and your amazing potential! I recorded a nightingale singing his little heart out from my studio window and it felt like he was sending me a message…keep your spirits up! That’s what you hear on the outro of the track…let those bad weather clouds go shimmering by!”

Jones’ forthcoming album, Dialogue, is set for release this summer (exact date TBA). Dialogue is the third album in a trilogy of electronic releases from Jones with multi-media project Engage coming out in 2015 and studio album Transform out in 2019. In support of Dialogue, Jones will hit the road in June for a headlining tour with his full band/electronic set-up. Along with Howard, the four-piece band is Robin Boult (guitar), Nick Beggs (bass/chapman stick), Robbie Bronnimann (keyboards/electronic wizardry) and Dan Burton (keyboards/drum pads). The Dialogue tour features special guest alternative music legend Midge Ure.

Electronic music pioneer Howard Jones has been a constant presence on the international touring scene for the past three decades, playing live in a number of different configurations including intimate solo shows and dates with his full high-tech band set-up. His most recent album is Transfoem. Released in 2019 to critical acclaim, Transform features several collaborations with electronica luminary BT (half of All Hail The Silence). Of the album, Paste avowed, “TRANSFORM is remarkably consistent to Jones’ lush brand of synthpop…a balance of what is familiar and what is innovative, new magic from old spells” while Pop Matters declared the album to contain “dazzling synth sounds, catchy melodies and introspective and life-affirming lyrics – but with a contemporary feel”.

Howard Jones first burst upon the contemporary music scene in 1983, with his very English songwriting and pioneering synthesizers. His first two albums Human’s Lib and Dream Into Action were worldwide hits. Human’s Lib reached #1 in 1984 in the UK and featured the hits “New Song,” and “What Is Love?” In 1985, Jones released the follow-up, Dream Into Action, which quickly became a Top Ten Platinum album in the United States and featured the smashes: “Things Can Only Get Better,” “Life In One Day,” “No One Is To Blame,” and “Like To Get To Know You Well.” Howard Jones has sold over 8 million albums worldwide and continues to make new music and tour the world. Jones recently performed on NBC’s top-rated morning and nighttime shows respectively, Today and The Tonight Show Starring Jimmy Fallon. His ubiquitous hits can be heard in such high-profile television series and films such as “Stranger Things,” “Breaking Bad,” “Watchmen,” “The Carrie Diaries”, “Superstore” and “Bumblebee”.

SPILL NEWS strives to keep our readers up to date with news and events in the music industry. We keep you informed of the most recent information regarding new releases, tour dates, and information items about your favourite artists.
RELATED ARTICLES
dialoguedream into actionhoward jones