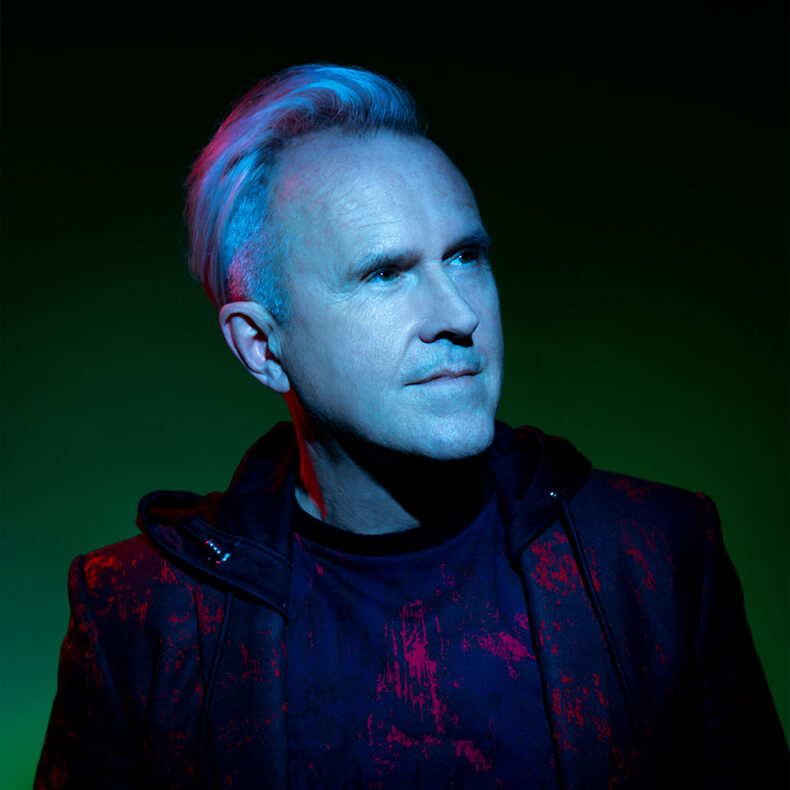 FORMED BY THE STARS

A CONVERSATION WITH HOWARD JONES

In 1983 a new electronica single was released called “New Song”, and it could possibly be one of the most positive records released that decade up to that point. Howard Jones burst on to the scene with his first top ten single. A song full of melody, hooks, and very positive lyrics. This was followed by his debut album, Human’s Lib. His first album. The hit singles continued, as did the hit albums. “What Is Love”, “Things Can Only Get Better”, “Like To Get To Know You Well”, and “Everlasting Love” are just a few of his hits from albums such as Dream Into Action, Cross The Line and People. He is about to release his 14th album, Dialogue, and he has embarked on an extensive world tour. Jones also arranged a tour so that he can have some fun while he works.

Jones is also quite pleased that his fans, while enjoying his older material and the hits, are also digging his new album material, which includes the forthcoming album Dialogue.

“If you are an artist, that’s what you do, you got to make new work. It may not travel as far as the older albums, of course not, but for my fans, I want to be giving them something new. But also developing as a writer and artist and a singer, myself. It is all part of keeping the dynamic of the artist going. If you don’t do new work then you’re kind of stuck, like a museum piece. This is fine for some people, but it does not suit me.”

And Jones has been pushing himself with his new music. His new album, Dialogue is actually part of a much longer story/art piece.

“I wrote most of this music during the lockdown, so I had plenty of time to experiment and try new things. One of the things I wanted to do with this one is have more vocal elements. Making my voice sound different and making the backing vocals sound really different. I had the time to spend, I left the computer on in the studio, so that anytime when I was walking by, maybe on the way to bed, I just got one more idea and would go in the studio. It was great fun doing it.”

“It is in a series of albums I decided to challenge myself to do. Four albums in a decade, which would give me the impetus to do it. It isn’t easy doing an album, it takes a massive amount of work and time. The first album was called Engage, which was about you have to be involved, you cannot be bystanders in our lives. The second album was Transformer. If you want to change the world, we have to change ourselves. Start with that and that will ripple out. Dialogue the third, and it is about how as human beings we can uniquely speak to each other and communicate and exchange ideas and have a common humanity. This is such an important thing to do and not shy away from revealing how we feel and have a good old fashioned talk.

“The final one, which I hope will be next year, is an album called Global Citizen which is about pulling all those three elements together in practice and making a difference whatever job or sphere we work in to make a positive contribution and thinking it as a Global thing.” 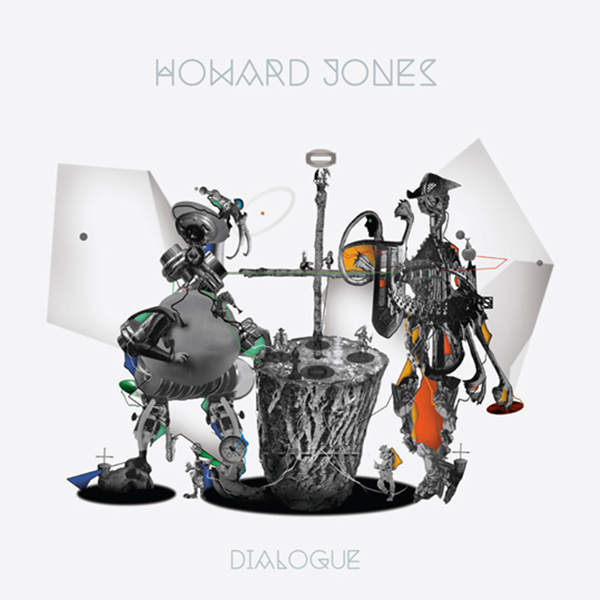 Writing four thematic albums and staying within the theme is a definite skill and talent However, Jones sees it as a challenge and a method to strengthen his writing.

“I think it helps, at the back of your mind you have ‘this is what I want to say’. But some of it is indirect in some of the songs but if I have an overall picture of what the album is leaning towards it helps with writing the lyrics. I’ve written a lot of songs now, so having a theme really helps me to try to illustrate the idea of situations that people meet in everyday life.”

But Jones took his time during the lockdown phase of the pandemic. He wanted to make sure that he was in the right state of mind to write the songs he felt needed to be written.

“The one thing I didn’t want to do was write lyrics, because I was not in the right frame of mind…we weren’t seeing each other, we couldn’t go out. It was a nervy time. I wanted the lyrics to be upbeat as I have always tried to do in the past, so I waited until things had calmed down a bit. Then I wrote the lyrics which I think had that sort of optimism and uplifting about them.”

This is a theme that Jones has carried throughout his career.

“It comes back right from the beginning from the very first song. When I was playing the pubs and clubs where I lived, I decided that my manifesto was going to be, I would always try to be very positive with my lyrics. We all go through bad times in our lives, we all go through difficult times. Music can really lift your spirits. The right song, at the right time, could really help you get over a bit of a dip and come out the other side and see the great vista after climbing a mountain and seeing the other side. Especially now, when humanity is facing so many problems, I feel you have to be hopeful about the future, if you are going to have the energy to tackle the problems, so I feel I need to be even more positive and encouraging people to get engaged with each other.”

While he is currently promoting new music, his older catalogue continues to gain new followers and, through Cherry Red, his older music is finding new life. This includes a BBC sessions set that has recently been released.

“Cherry Red records bought my Warner Brother Records recordings, those first five albums, and really, they’ve been getting on and finding all these unusual tracks and demos. Actually, I was most excited about the BBC thing. Most of it I never heard, because I was on tour or in studio and they only broadcast it once,” laughs Jones. “It played on the radio and that was it. Cherry Red has been doing a great job. I’ve been getting on with my new music and they come and say ‘we’ve uncovered these tracks, what do you think?’ And I am like ‘haven’t people heard enough versions of “Things Can Only Get Better” to last them a lifetime?’ And they say, ‘No, fans love everything’. So I just went with it. They do such a great job with packaging and I am really happy. It has introduced new people to the heritage of what I used to do.”

And Jones’ heritage is his optimism and his deep and thoughtful view of people. He is not singing Broadway songs, but rather acknowledging there are struggles that we face. How we deal with those struggles matters. He writes about this throughout his career, but for Jones, it all came together on one song on the album, “Formed By The Stars”.

“Formed By The Stars” is a song I have been trying to get to for my entire career. Thinking about it, we are actually part of the entire universe. We are linked to the whole of the universe, and so I thought it was good to remind everyone how amazing it is to be born as a human being. I know it is tough sometimes but please remember that I got this brain that can conceive all this amazing stuff, so let’s not waste it. Let’s not waste this opportunity by being miserable all the time.”

So as he tours North America and releases his new album, Dialogue, Jones reflects with his hopes for the album.

“I hope they feel and get confidence and hope about the future. When they listen to the songs they feel uplifted and energized and ready to take on any problem that comes their way.”

Born and raised in Whitby, Aaron discovered music through his love of The Beatles. This led to a career in radio, writing for various publications, and ultimately a radio show about The Beatles (Beatles Universe), which ran for over four years. When not immersed in music, Aaron enjoys spending time with the loves of his life -- his wife Andrea, and daughters Emily and Linda (all of whom have an intense love of music too).
RELATED ARTICLES
cherry red recordsdialoguedream into action
9.0

by Aaron Badgley on April 29, 2022
Buzzcocks Senses Out Of Control Cherry Red Records Buzzcocks formed in 1976 when Pete Shelley and Howard Devoto formed the band in Manchester, having been influenced by the [...]
8.0

by Aaron Badgley on March 18, 2022
Howard Jones The 12″ Album + 12″ers Vol. 2 Cherry Red Records Cherry Red continues to mine the Howard Jones catalogue and has come up with another brilliant [...]
8.0