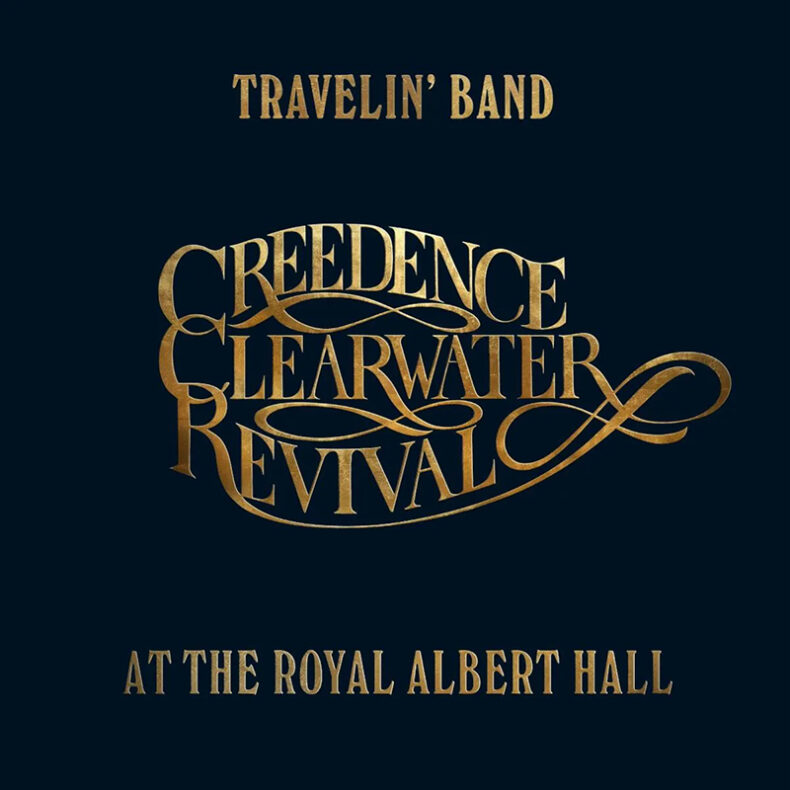 Craft Recordings, Concord Originals and Marathan Films are excited to announce the production of the documentary concert feature film Travelin’ Band: Creedence Clearwater Revival at the Royal Albert Hall, directed by two-time GRAMMY® Award winner Bob Smeaton (The Beatles Anthology and Jimi Hendrix Band of Gypsies) and narrated by Academy Award®-winning actor Jeff Bridges, who like his iconic character “The Dude” in The Big Lebowski, is a fan of the band. The film features the ONLY full concert footage of the original Creedence Clearwater Revival to ever be released.

Travelin’ Band: Creedence Clearwater Revival at the Royal Albert Hall takes the viewer on a journey from the bands humble, yet formative years in El Cerrito, CA, to their meteoric rise in 1969, from headlining Woodstock to selling out the Oakland Coliseum before traveling through Europe and taking the stage at the Royal Albert Hall. Featuring a wealth of unseen footage (including the concert itself), this film documents the story of Creedence Clearwater Revival up to the moment they leave the Royal Albert Hall stage as the biggest band in the world. The audio for the concert was mixed and restored from the original multitrack tapes by GRAMMY® winners Giles Martin and Sam Okell (The Beatles: Get Back/Rocket Man).

“As a kid growing up in the UK during the late sixties, early seventies, Creedence were a band that I was only really aware of through their hit singles. Therefore making this film was an education for me, I was able to see and hear why they are worthy of their status as one of the greatest bands of all time. I knew they were good, I never knew they were that good.”

“Unveiling the power of Creedence at a high-point in their career with this long-lost footage is extraordinary in its own right,” said Sigworth. “To have Jeff Bridges narrate us through that discovery is when pop culture collides into something bigger.”

As 1969 was drawing to a close, Creedence Clearwater Revival were challenging The Beatles for the title of the top-selling act in the world and John Fogerty was becoming one of America’s most politically significant songwriters.

In April of 1970, Creedence began their first-ever European tour, where the band’s British debut would take place at the most prestigious music venue in the UK: London’s Royal Albert Hall. Only days after the breakup of The Beatles, the concert would be one of the defining shows of their career. The concert was filmed, but never fully released until now.

Years of research, discovery and restoration have gone into the project including finding the original concert footage in a London vault which has been fully restored after 50 years of storage. The film also includes previously unreleased 16mm footage of the legendary performance, fly-on-the-wall band intereactions and interviews unearthed from the Fantasy Records vault, plus what is believed to be the earliest known footage of Creedence performing live.

Creedence Clearwater Revival: During their short time together as a band (1968 – 1972), Creedence enjoyed an unparalleled period of creativity – releasing seven studio albums (two of which went to Number One), playing over 150 tour dates around the world, including a headlining spot at Woodstock and scoring 14 Top Ten singles. A mainstay band till today, Creedence accrued 4 billion streams in 2021. Over the past 50-plus years, Creedence’s canon has become a part of the Great American Songbook. Songs like “Bad Moon Rising,” “Down on the Corner,” “Fortunate Son,” “Have You Ever Seen the Rain,” “Proud Mary,” “Born on the Bayou,” “Travelin’ Band” and “Up Around the Bend” have been ingrained into pop culture — not just as rock staples, but as timeless standards. With so many memorable compositions that continue to grace the radio waves, television and film screens, and lyrics that still resonate today, Creedence Clearwater Revival is, truly, America’s Greatest Rock Band.

SPILL NEWS strives to keep our readers up to date with news and events in the music industry. We keep you informed of the most recent information regarding new releases, tour dates, and information items about your favourite artists.
RELATED ARTICLES
craft recordingscreedence clearwater revivalnews
10

by Bryan Williston on May 14, 2021
John Linnell State Songs (Expanded Edition) Craft Recordings We have seen a number of reissues of late. These events usually coincide with a landmark anniversary of an [...]
8.0