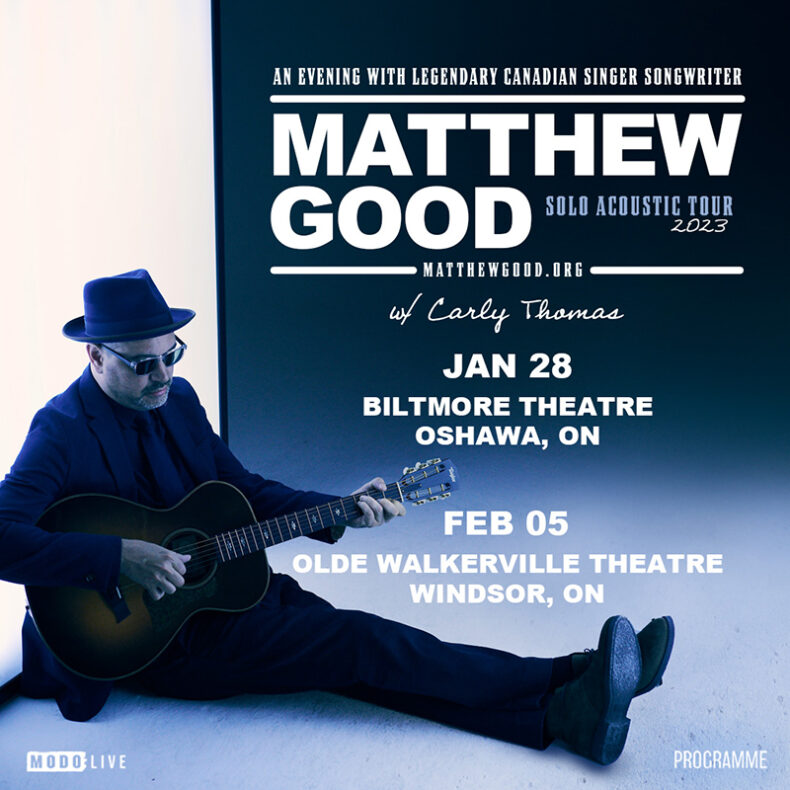 Matthew Good, best known for his signature vocal style, guitar-driven melodies, and cinematic lyrics, will perform in Oshawa and Windsor as part of his Solo Acoustic 2023 Tour. Good will be joined by special guest Carly Thomas, who will open the show.

Good began his career as the iconic frontman for the Matthew Good Band, whose hits, including “Hello Timebomb,” “Everything Is Automatic,” “Indestructible,” “Apparitions,” and “Load Me Up” made the group a household name. After disbanding in 2002, Good started writing and recording his first solo record, 2003’s Avalanche.

His most recent studio album, Moving Walls, released in 2020, was praised as his strongest solo effort, and a “haunting and cinematic piece of art.” One reviewer even opined that on Moving Walls, Good had moved “into the shoes left vacant by Leonard Cohen.”

SPILL NEWS strives to keep our readers up to date with news and events in the music industry. We keep you informed of the most recent information regarding new releases, tour dates, and information items about your favourite artists.
RELATED ARTICLES
biltmore theatrematthew goodnews