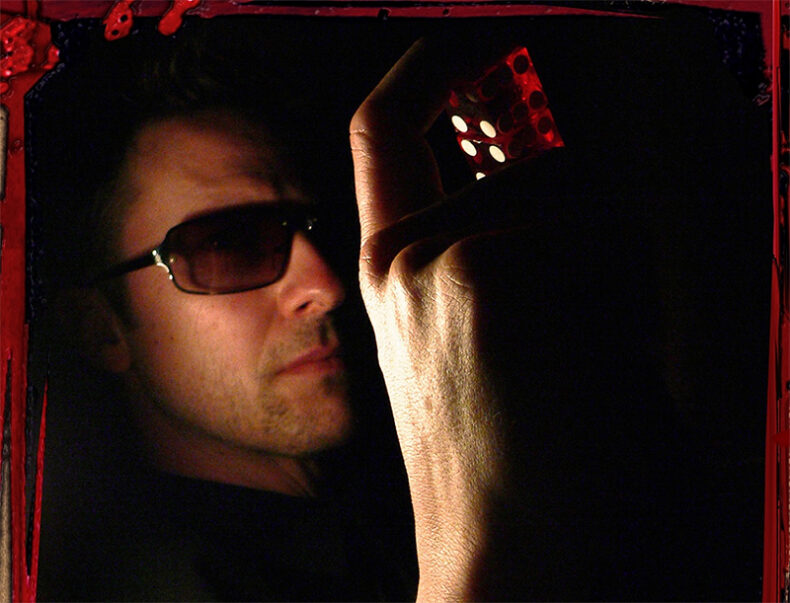 Today we have the pleasure of revealing a healthy dose of fun from musical maverick SICKY with his new single “Beans”, one of 12 tracks found on his loaded sophomore album Garbage Town. This is intelligent brit-pop-rock that presents some delightful off-the-rails fun.

SICKY is the solo project of Mick Butler, his brand of melodic Britpop-infused indie rock spells good news for fans of Beck, Supergrass and early Blur. Even The Knack has been referenced in regards to some of his songs, which can only be a good thing. Originally from the Black Country region in northern England, he now resides in Shropshire.

“This album continues the theme of shaking off dark days and making better things happen. It also includes songs that are just quirky bits of pop fun. “Beans”, for instance, is a tale of someone I know who cannot be named. This friend has become infamous for his loose behaviour so I’ve likened him to Beans, the family cat. Songs ‘None of That’ and ‘Protect Me Protect Mine’ were very much inspired by the invasion of Ukraine. It’s so hard to believe this can still happen in the 21st century,” says SICKY.

While Mick Butler has had his run of playing in bands, ranging from the brass soaked pop of Papa Mantra to the dirty stomp of SUMO, he now derives pleasure from banging out tunes and crafting new material. Literally everything you hear in his music is him squeezing noises out of anything that’ll sing.

“Life inspires me. Things that happen to me or people around me, good or bad. I tend to write when I least expect it. I never sit down and plan to write something. All my albums have been accidents. If you like dark matter, heartfelt musings, rough edge diamonds, heart on sleeve kinda music, then please give Garbage Town a listen… It might just leave a mark,” says SICKY.

The new album comes a year after his lockdown album Bowling Balls, which was partially inspired by Prince and Bowie, as well as Ray Bradbury’s book The Martian Chronicles.

The Garbage Town album is out now, available across all good digital platforms, including via Spotify, Apple Music and Bandcamp, where it can be obtained directly from the artist.

Written by Mick Butler (SICKY)
Recorded, mixed and produced by SICKY in Shropshire
Mastering by Streaky at Streaky Mastering
Written & recorded in January 2022. Mixed in July 2022