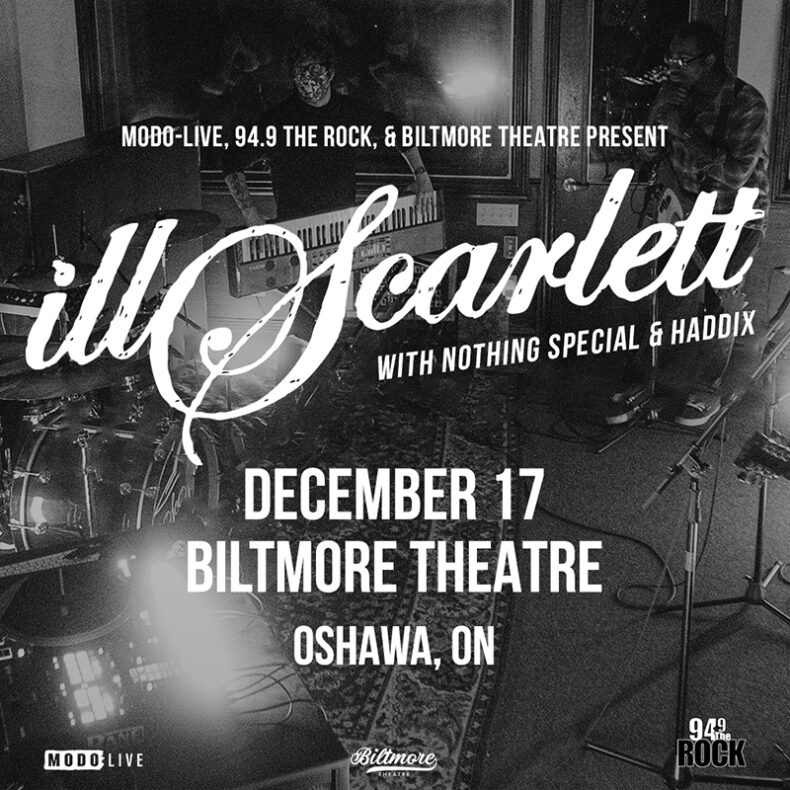 Canadian rock and reggae band illScarlett announces their return to Oshawa on Dec 17 at The Biltmore Theatre. With special guests Nothing Special and Haddix. Presented by MODO-LIVE, 94.9 The Rock & Biltmore Theatre.

Ska-pop-punk foursome illScarlett formed in 2001 in Ontario, Canada. Influenced by California ska-pop pioneers Sublime, the band took its message directly to the people in 2004 by playing via generator to a line of folks waiting to gain entry to the Vans Warped Tour. This caught the eye of promoters, who would welcome the band as an act the following two years. The band released an independent album, Clearly in Another Fine Mess, and an EP, EPdemic, before getting a major-label deal and recording time with No Doubt producer Matthew Wilder. That album, All Day With It, was released in July 2007. It featured the single “Who’s Got It,” which was adopted as the official song of the 2007 FIFA Under 20 World Cup tournament.

SPILL NEWS strives to keep our readers up to date with news and events in the music industry. We keep you informed of the most recent information regarding new releases, tour dates, and information items about your favourite artists.
RELATED ARTICLES
biltmore theatreillscarlettnews