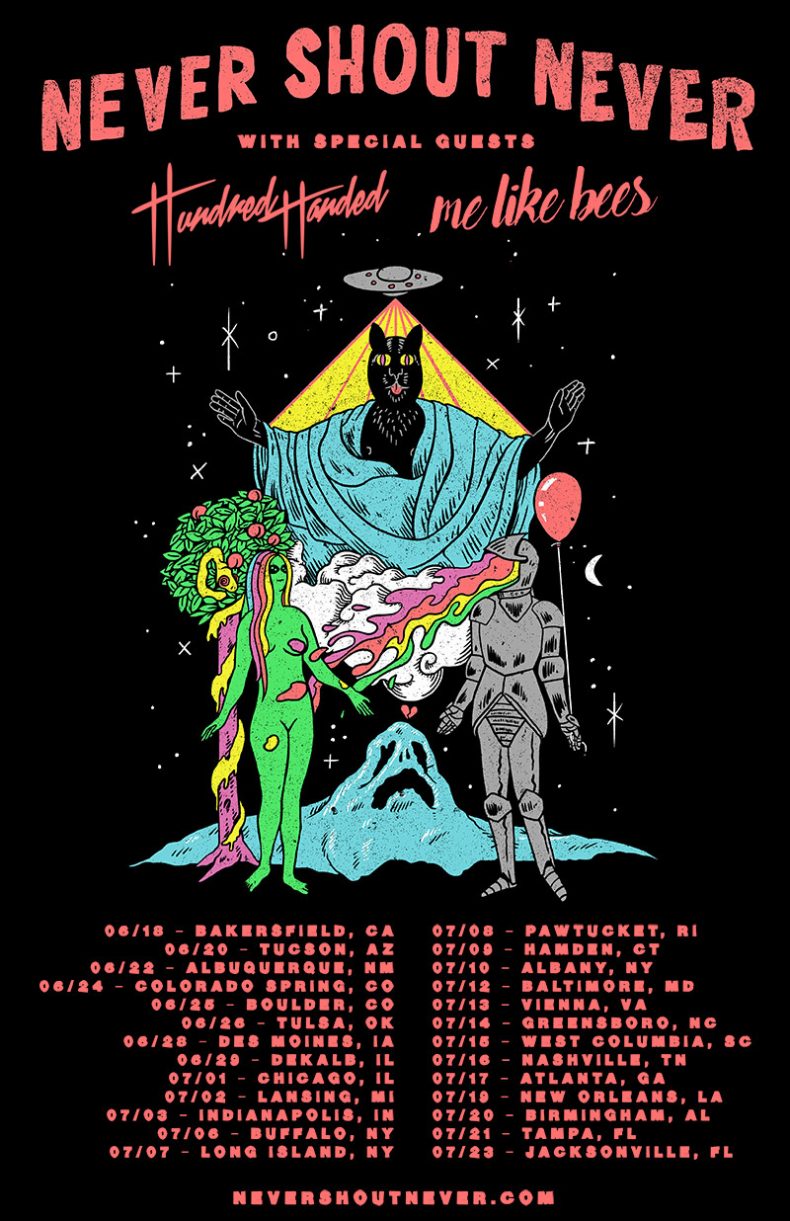 GET THERE WILL BE TIME NOW ON iTUNES

Joplin, MO’s indie pop darlings Me Like Bees will be hitting the road the next two months with Never Shout Never and Hundred Handed. The 26 date run starts in Bakersfield, CA on 6/18 with VIP and presale tickets going on sale tomorrow at 12pm EST via http://nevershoutnever.com.

Me Like Bees recently released their new EP There Will Be Time on April 8th, a record that Baeble Music calls “rejuvenating alt-pop,” while Alternative Press gave it 4/5 stars. All four tracks were written and recorded with platinum producer John Feldmann, who is known for his work with 5 Seconds of Summer, Panic! at the Disco and of course as the frontman for the legendary punk band Goldfinger.

Get your VIP and pre-sale tickets for the tour tomorrow at http://nevershoutnever.com.

SPILL TRACK OF THE DAY is published daily, showcasing the best in recent independent releases, with a focus on the Toronto Indie Music Scene. We also feature tracks from across Canada and around the World, including Canadian francophone releases. Remember -- you heard them here first. ;)
RELATED ARTICLES
changeshigh road publicityme like bees

by SPILL NEWS on December 11, 2015
Charles Bradley Announces New Album Watch Video For “Changes” From The Screaming Eagle Of Soul Soul singer Charles Bradley’s star has been on the rise since the [...]