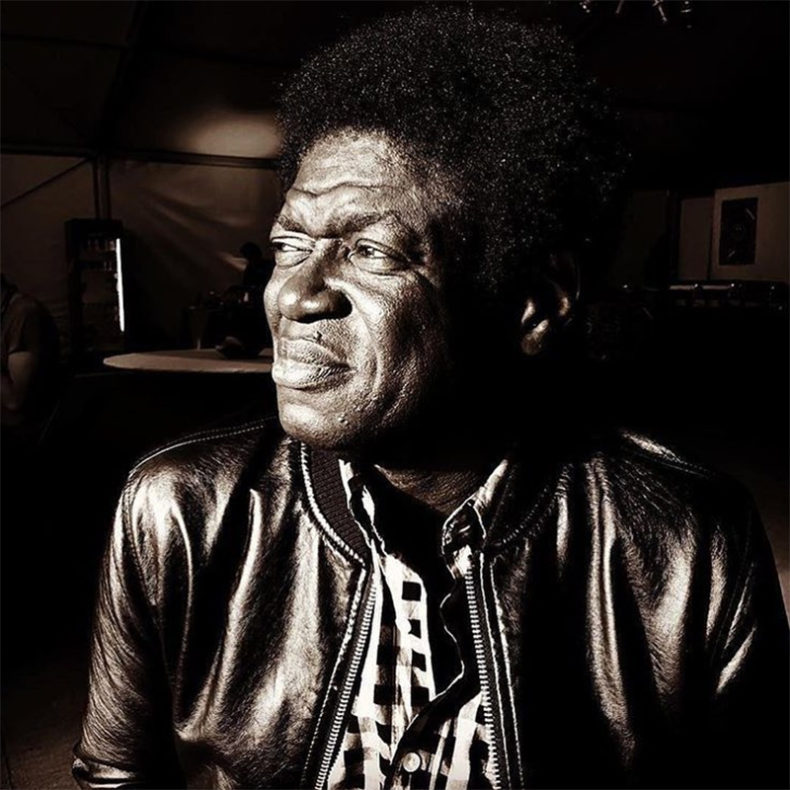 It is with a great sense of sadness that we report that Charles Bradley has passed away at the age of sixty-eight.  While no cause of death has been given at this moment, Bradley fought a brave battle as he was diagnosed with stomach cancer last October but returned to the stage earlier this year after recovering.  It was just over a month ago that it was announced that he would be taking another break due to the cancer spreading to his liver.  Despite this previous announcement, the news of his passing comes as a surprise and is heartbreaking.

Bradley’s story is among popular music’s most unconventional and inspiring.  While most artists find success in their youth, Bradley was discovered by Gabriel Roth- commonly known as “Bosco Mann”- the co-founder of Daptone Records in 2002 while Bradley was working under the name of Black Velvet as a James Brown impersonator in New York City. Roth then partnered Bradley with Menahan Street Band- his ensemble for recording and touring.  At the time, Bradley was only recording the odd single with the group, all of which would be collected in 2011 and released together as his debut record, No Time For Dreaming.  The album is an excellent collection of funk and soul music in the style of that from the 1960’s and 70’s and also included a stellar cover of Neil Young’s “Heart Of Gold” and a truly ground breaking rendition of “Stay Away” by Nirvana.  True to form, No Time For Dreaming was in tune with the soul revival movement that Daptone Records continues to pioneer which also featured the late Sharron Jones. 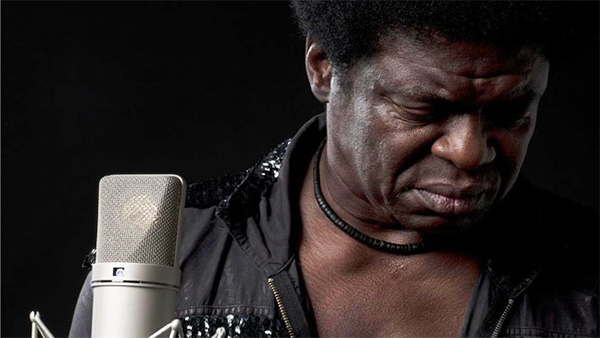 His second record, Victim Of Love was released in 2013 and was met with much excitement from not only critics but also a significantly larger audience. His sudden spike in popularity was partially in response to Poull Brien directed documentary, Soul Of America, which documented Bradley’s life and hardships leading up to his career.  It was here where it was revealed that Bradley had lived a life of struggle, battling poverty, sickness, and illiteracy while drifting from job to job.  Throughout his life, Bradley has an uninhibited love for music and it was his unbridled passion which made his music and performance so exciting and intimate.  Victim Of Love displays a deeper level of song writing which further bridged the retro sounds of Motown and 1970’s soul with modern interpretations on the style.

Bradley’s final record, Changes– released in 2016- made waves across the music industry for Bradley’s decision to cover and title the record after the 1972 ballad from metal pioneers Black Sabbath, “Changes”. Opening with “God Bless America”, a mostly spoken word piece which seeks to spread love in a time when America was on the brink of division captures the essence of not only the record, but Bradley’s overarching character.  The record, while a hard choice to make, may be Bradley’s best and most cohesive record as he and the Menahan Street Band continue to blur stylistic boundaries between funk, pop, and rock. 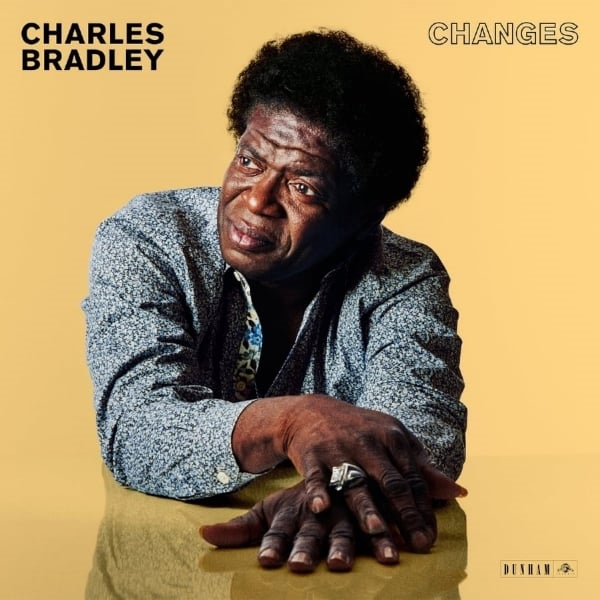 Musically, Bradley and the Menahan Street Band proved to be one of modern music’s tightest ensembles. Together, across Bradley’s three records, the group charted a stylistic blend that resembled the work of James Brown, Otis Redding, Marvin Gaye, and Al Green. Their use of horns added a rich soundscape above a funky and light rhythm section that allowed for Bradley to soar over.  Vocally, Bradley had a voice that could have been that of either Redding or Gaye, should they have lived to a point their vocals started to age.  It is in this that Bradley was able to create such a direct link between today and the music of the 60’s and 70’s.  Despite his age, his voice was among souls most powerful, earning him the title of The Screaming Eagle Of Soul. This name was not only fitting for his voice, but it signified a degree of triumph as Bradley chased his passion throughout his life.

Charles Bradley leaves behind a musical legacy that stands as an important cultural phenomenon.  While his discography only consists of three albums- three albeit excellent records- much like Sharron Jones and the other artists represented by Daptone Records, Bradley’s popularity represents a growing love for soul music, a style that is often regarded in past tense with little hype surrounding the current scene.  His music fits seamlessly amongst my Grandad’s expansive record collection, sitting beside his heroes who, in a fair world, should have been his peers.  To listen to his records is to open a time capsule, giving his artistry a sense of timelessness along with a quality only associated with the classics, despite releasing his first record a mere six years ago. My first introduction to Bradley was a video of him performing “Why Is It So Hard” live from KEXP, a Seattle Radio Station. While, regretfully, I never saw Bradley live, this video stands out to me as one of the most powerful performances I have seen as Bradley begins to cry as he belts out the chorus.  It was this raw sense of emotion, expression, and honesty that gave Bradley one of the most soulful voices to have graced our ears in decades. 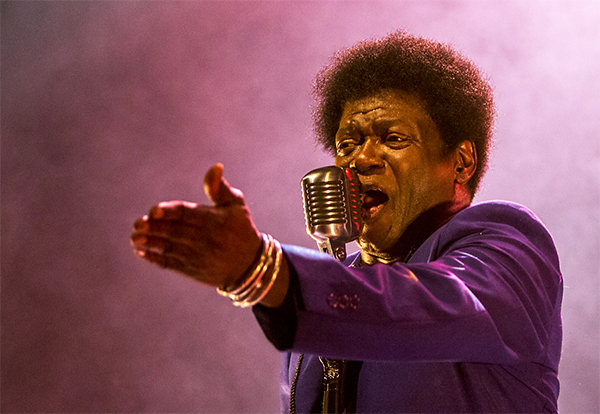 If not for his music, then the most inspiring thing anyone could take away from the legacy of Charles Bradley is his character. His messages of love were spread throughout his music, but are apparent even in his death as his representatives stated in their announcement of Bradley’s passing that “in lieu of flowers”, donations can be made to the All-Stars Project- a non-profit organization which uses the arts to help inner-city kids create success- and Music Unites- the leading non-profit organization supporting music education. It is clear that music, love, and kindness were his greatest passions, and he embodied all three in everything he did.  Furthermore, Bradley made his first full length record at the age of sixty-two. If that isn’t a lesson in perseverance and to follow one’s dreams-whatever they may be despite the hardships in the way, then I don’t know what is.  His story and life remains as a beacon of inspiration to musicians everywhere who seek to share their art with the world; after all, that’s all Bradley wanted to do, and with his message of love, we were all the better for it.

Thank you Charles Bradley, and may you rest easy.

In lieu of flowers, it is requested that donations may be made to the following organizations:

A passion for music has always been a part of Gerrod’s life. As a young boy, he was raised on a steady diet of the music from The Chili Peppers, Aerosmith, The Stones, Prince, and others from his mum. Raised in the GTA, Gerrod continued to foster his love for music by attending a wide range of concerts and learning the drums. His unapologetic passion for music has no bounds and has spread to a wide variety of styles, whether it be the 90’s rock that sound tracked his teenage years, the jazz he studied in university, or his newfound love for hip-hop. He recently received his bachelors in music and education from York University and is passionate about writing and reviewing good (and less than good) music. Gerrod is also the drummer and songwriter for a Toronto based rock & roll band, One In The Chamber.
RELATED ARTICLES
changescharles bradleydaptone records