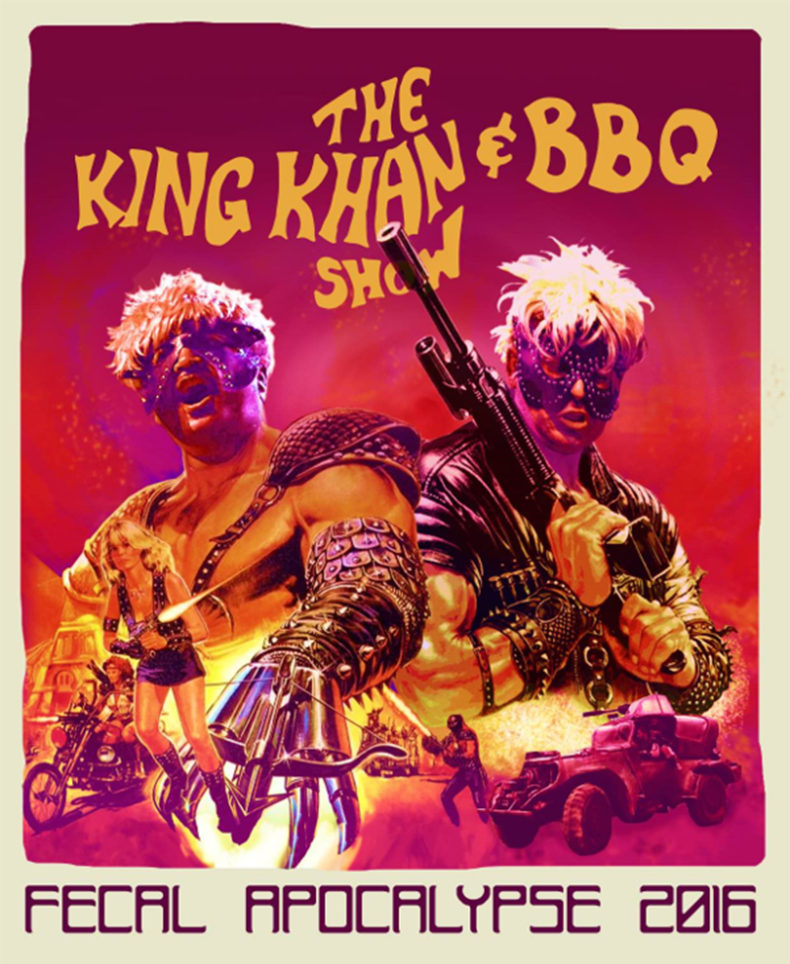 The King Khan and BBQ Show are continuing their 2016 North American tour which started October 27th in Seattle. Their newest record Bad News Boys was released on In The Red, in February 2015

Over the last 10 years, the band has continuously released top-grade material on Crypt, In The Red, Norton, Fat Possum, Goner, and more, without bowing to business, succumbing to what’s ‘hip’, or changing.

They are real rock n’ roll soldiers, who have traveled the world with one of the best, most magical, energetic, crass and nonsensical free-form live shows, in a sincere effort to keep the music they love alive – BBQ smashing snare, bass drum and tambourine with his bare feet, molesting his guitar and singing like a possessed angel – Khan spinning and howling like a murderous dervish while belting it out on his guitar like a real gone savage.

Love songs, punkers, improvised riot-starters, dance-floor shakers, sing-along stompers, wild rockers – you name it. They always drench the crowd in raw energy, and they’re always the last ones dancing and drinking at the bar.

From youngsters to oldsters alike, their crowds sing along incessantly and let their freak-flags fly in joyous solidarity when The King Khan & BBQ Show hit the stage, clamouring like entranced dervishes to be a part of a growing phenomenon. Give into their spell and live forever.

SPILL NEWS strives to keep our readers up to date with news and events in the music industry. We keep you informed of the most recent information regarding new releases, tour dates, and information items about your favourite artists.
RELATED ARTICLES
lee's palacenewstoronto