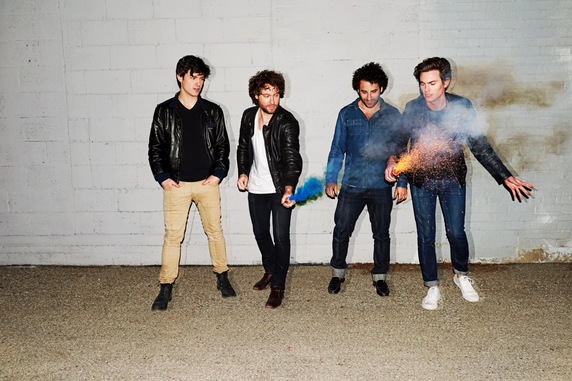 Toronto-based pop-rock quartet, Jane’s Party are gearing up for the release of their third full-length LP Tunnel Visions on May 13 via Cadence Music, the first with the label. Tunnel Visions features 10 freshly minted and ridiculously catchy tracks, including the runaway hit “Coming On Strong” which has already been streamed over 32,000 times since it’s release and is currently #7 in CBC’s R2 Top 20. The song is co-written by The Darcys and features legendary singer/songwriter Jim Cuddy on backing vocals. The band recently released a quirky karaoke-infused video for the track featuring the likes of Shad, Jim and Devin Cuddy, Brave Shores, and Elise Bauman, to name a few. The video has already been viewed over 22,000 times. “Coming On Strong” is available now on iTunes, Spotify and Google. The band has also announced some regional shows leading up to their album release show on May 12 at the Legendary Horseshoe Tavern. See below for more details.

After paying their dues playing Toronto’s vibrant bar scene and touring across Canada, Devon Richardson, Tom Ionescu, Jeff Giles, and Zach Sutton, hooked up with Blue Rodeo’s Greg Keelor to produce the new album. “After each 14 hour gruelling recording session up at Greg’s home studio we would all just hang out in his living room drinking wine and digging through his record collection…being able to just talk and pick his brain about 30 years on the road was invaluable,” says Zach. “…and sleeping above the console where “Five Days in July” was recorded was absolutely surreal.”
The album, mixed by Chris Stringer and mastered by Joao Carvalho, showcases a sound that’s more layered and sonically rich than anything the band has created thus far. Jane’s Party have collaborated and shared the stage
with Blue Rodeo, Sam Roberts Band, The Arkells, Wintersleep, Matt Mays, The Maccabees, The Rural Alberta Advantage, Tom Odell, Lights, Manic Street Preachers, and many others. More tour dates will be announced in the coming weeks.

SPILL NEWS strives to keep our readers up to date with news and events in the music industry. We keep you informed of the most recent information regarding new releases, tour dates, and information items about your favourite artists.
RELATED ARTICLES
cadence musiccoming on strongjane's party