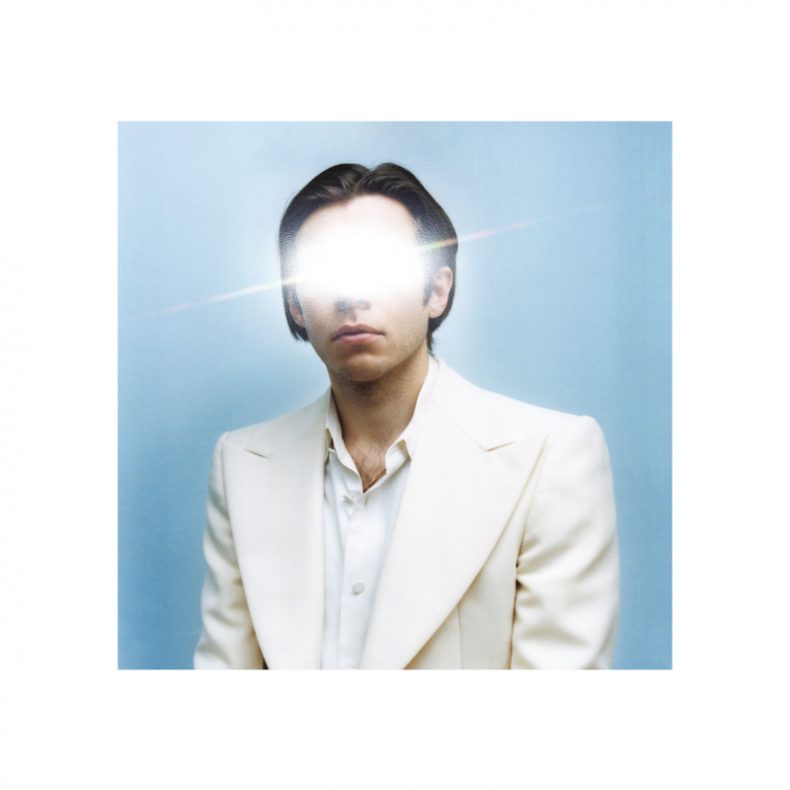 DEBUT SOLO ALBUM THE PERFORMER DUE OUT MARCH 20 ON DEEWEE

After coming to prominence as the frontman of the Mercury Prize-winning Klaxons, recording with Arctic Monkeys, and crafting his Shock Machine project, James Righton is now set to release his debut solo album The Performer on March 20th, 2020 via the Soulwax-run label DEEWEE. Today Righton shares the video for track “Edie”, an ode to his young daughter. Watch it below or HERE.

Speaking of the video, Righton comments: “For the ‘Edie’ video I wanted a sense of intimacy to chime with what’s at the core of a very personal song. The guys from Ill-Studio and director Hugo Campan delivered something that did just that.”

Campan adds: “The video is a visual essay which tries to translate the brightness and colours of nostalgia. It’s about the sweetness of remembering. A journey inside James’ world…just him and his piano, alone in a room repeating his track, thinking about it, getting lost in his thoughts…It’s an intimate approach to the song as the subject is very personal. That’s why we are very close to him in the video. By using vintage aesthetic textures, we want to feel like we are back in the old days. The objects are here to remind us the importance of your own mythology, which is a pure source of inspiration and how James and his souvenirs communicate where he is living and creating”

The Performer LP stands in stark contrast to the electro-hedonism of Righton’s work with Klaxons. Instead, it spins through various points from 1970 onwards. It touches on the suave art-lounge of Roxy Music, the jangly grooves of R.E.M., the sumptuous psychedelia of latter-day Beach Boys, and the song writing gift of Nick Lowe. In short, it uses classic elements as the groundwork for something which feels a natural fit for 2019.

Those influences permeate the album’s title track and lead single. On one hand, it’s an existential dilemma of trying to reconcile the flamboyance of being an artist with the mundanity of family life. On the other, it’s escapist – slipping into another identity allows them to co-exist without one overruling the other.

Visually, the project finds Righton playing up the role of “The Performer” as depicted in the title track’s video. Filmed by Hugo Campan at DEEWEE, the video a stylized take on perennial glamour – Righton’s charismatic performance matched by his classic white Gucci suit and an array of vintage equipment. It will also form the basis for the stage set for his upcoming shows in support of the album.

“I was really interested in the idea of using a live performance as the basis for a music video,” explains Hugo. “We even recorded James’ performance of the song to use to make it as close as possible to his live show. I wanted the video to delve into what music is at its most existential point: a human performance and a live experience. James is a great showman. He has so much energy, attitude and style. We filmed 43 consecutive takes to create something unique, and by the end of the process it drifted into a kind of abstract, surreal MTV performance.”

The themes and the visuals reflect his interest in the novelist Christopher Isherwood’s observations on Germany in the late 1920s and early ‘30s. It was a golden era for the Weimar Republic when decadence and non-conformity reigned before history took a far darker turn.

“I feel so many parallels with today, and I wanted to honour that period too,” Righton explains. “I wanted to create something that felt decadent and had that swagger while everything else is falling apart.”

The album’s flits between two core themes. Fatherhood has changed Righton’s life. It’s altered the relationship with his wife Keira Knightley, which he explores on the ’90s-tinged pop-rock of “Start” and the crescendo that soars through “Lessons In Dreamland, Pt2”. But there are simpler emotions too, with the unrequited love and sweet harmonies of “Edie”, a song he wrote for his daughter when she was just a few days old.

There’s also a palpable sense of anger at a world in seemingly perpetual decline. The elegiac “Heavy Heart” is a downbeat break-up song for the UK’s relationship with Europe, while “See the Monster” explores Righton’s disgust at the hate, extremism and division which followed in the wake of the Brexit referendum result. It’s a theme that continues with the anti-populist “Devil Is Loose”, drawing on imagery in-spired by Mikhail Bulgakov’s ‘The Master and Margarita’ and sounding like “a bad acid trip with the devil.”

It was recorded at a handful of locations, notably Righton’s home studio, Bryan Ferry’s Studio One. It was subsequently mixed by David and Stephen Dewaele (aka Soulwax, aka 2manydjs) at DEEWEE in Ghent, Belgium.

SPILL NEWS strives to keep our readers up to date with news and events in the music industry. We keep you informed of the most recent information regarding new releases, tour dates, and information items about your favourite artists.
RELATED ARTICLES
newssoulwax