SPILL NEWS: JAMES RETURN WITH GIRL AT THE END OF THE WORLD FULL-LENGTH OUT MARCH 18th 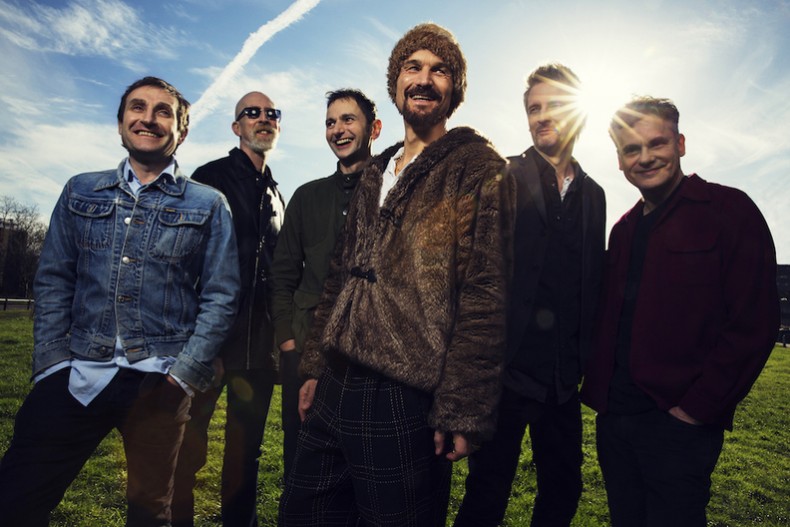 OFFICIAL SINGLE “NOTHING BUT LOVE” OUT NOW

One of the UK’s most creatively restless and loved artists, James, have announced today that they will be releasing their fourteenth studio album Girl At The End Of The World in North America on March 18th.

Already, two stellar singles have been revealed from this highly anticipated full-length; “To My Surprise” dropped last month (watch the official video here) and most recently, the incredible “Nothing But Love.” Both tracks are available now on Spotify, Amazon (CD, Vinyl & MP3) and on iTunes as part of a pre-order of Girl At The End Of The World from today.

Girl At The End Of The World sees the band team again with producer Max Dingel (The Killers, Muse, White Lies). The new album is both anthemic and euphoric, with it’s simmering electronica continuing James’ long connection to the dance floor. The band’s trademark songwriting and Tim Booth’s distinctive vocal & evocative lyrics prove once again to be amongst Britain’s finest.

The band’s current single, “Nothing But Love” is a rarity in the James canon – an unadorned love song featuring the refrain “nothing but love gives the world some meaning.” “Love songs tend to tread such a well-worn path that I avoid them unless I have something new to say or I’m so blinded by emotion I can’t help myself.” Says singer and lyricist Tim Booth. “It’s about love’s euphoria and ecstasy – that love-bomb that goes off and changes everything. But love is a high-stakes game, as something you love can also be lost.” He explains.

Like much of Girl At The End Of The World, the single was cut live in RAK Studio and it contains a touch of “Enoxification” from the band’s former mentor Brian Eno, who has produced five James albums. ShortList Magazine (UK) have already proclaimed Nothing But Love “probably the most uplifting thing you’ll hear this year.”

Known for their unique and diverse style over their 13 studio albums, James are both critically acclaimed and commercially successful, having sold over 12 million albums worldwide. The band originally signed to the iconic Factory Records in 1982, and have since gone onto produce a string of massive hit singles, including: Sit Down, Come Home, She’s A Star and Born of Frustration. Now, 32 years on they have come up with a record that the band consider their best ever.

Pre-order your copy of Girl At The End Of The World here.

Girl At The End Of The World Tracklist:

SPILL NEWS strives to keep our readers up to date with news and events in the music industry. We keep you informed of the most recent information regarding new releases, tour dates, and information items about your favourite artists.
RELATED ARTICLES
girl at the end of the worldjamesnews

by Ryan Sagadore on March 18, 2016
James Girl At The End Of The World BMG Recordings For the most part, James has always been a singles band, known more for their hits than their albums. That’s not to say that their LPs are [...]