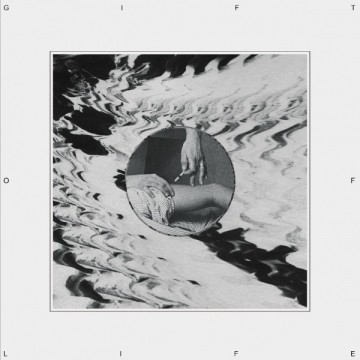 VHS (Violent Human System) signs with Suicide Squeeze for the June 17th release of their debut album, Gift Of Life!

Violent Human System is better known by their acronym VHS. And while Violent Human System does seem like an appropriately nihilistic name for a pessimistic punk band, VHS also serves as a good indication of the new Seattle band’s grainy aesthetic, early ‘80s nods, and analog inclinations. Imagine watching an early Killing Joke video on a deteriorated VCR, and you get a good idea of VHS’s general vibe. This isn’t some kitschy throwback, though. The band’s modus operandi follows the economic pragmatism of punk’s formative years. Eschewing proper studio recordings and the increasingly prohibitive vinyl format, VHS got their start by cranking out home-recorded cassette tapes. The results were the Art Decay, Everything Looks Boring and Vultures & Hungry Spirits cassettes, which conjured the primitive howl of Dead Moon, the driving wallop of The Wipers, and the gloomy deathrock of Rudimentary Peni in one fell swoop.

Like so many other punk bands, VHS started with very humble and unambitious aims. Back in 2014, Josh Hageman left his home in Reno to come up to Seattle and make music with his friend and former Nevadan Chris Costalupes. Art Decay was tracked on an 8-track machine and borrowed equipment that summer, and while it was getting mastered, Chris dug up some of Josh’s older recordings and decided to release it as the Vultures cassette on their own Casino Trash Records label. Within a few months, VHS had two releases, but no proper band members to play the songs live. After shuffling between a few friends for the first handful of shows, VHS settled into a four-piece with Hageman singing and playing guitar, Costalupes taking over bass duties, fellow Reno transplant Morgan Travis on guitar, and Gavin Tiemeyer on drums. By the time 2015 came to a close, the band had recorded two additional 7”s to add to their rapidly expanding catalog.

Gift of Life, the first proper full-length by VHS, follows in the footsteps of their previous EPs, with the band self-recording their amalgam of Lost Sounds’ trashy discontent, early Big Black’s trebly guitar stabs, and Only Theatre of Pain-era Christian Death’s bleak reverberations. These are brash and bitter territories to occupy, but the band sees no other choice for their musical direction, citing the daily grind as the impetus behind their music. The harsh reality of Hageman’s day-to-day existence working on the periphery of the medical field played a direct role in the overall theme of the album. “The name Gift Of Life came from some generic blood donation poster I saw in one of the hospitals. It said ‘give the gift of life’ with a photo of a happy family at a park on a sunny day with some pamphlets under it.” It was a visual image that stood in stark contrast to the somber surrounding environment.

Those fatalistic views and medical themes are on full display on “Wheelchair,” where a punk pulse underscores Hageman’s harrowing description of a life lived in chronic pain with drugs serving as the only escape. The album continues on to “Hospital Room,” where wiry guitar leads and ominous chords provide the soundtrack to a scene of misery and tragedy within the sanitized walls of Western medicine. Elsewhere, the themes of addiction and exposure take on more universal themes, such as on the culture-gorging lament of “Binge Everything” or the panopticon-paranoia of “Public Act.” If you’ve ever worried that punk has gotten too antiseptic, Gift of Life is here to deliver the grime.

Suicide Squeeze Records is proud to announce the release of VHS’s Gift of Life on June 17th. The album is available worldwide on CD, digital formats, and limited edition LP (500 copies on clear vinyl, 500 copies on black). The vinyl edition also includes a download card. And keeping true to their analog jam-econo roots, a cassette version will be available from Casino Trash.