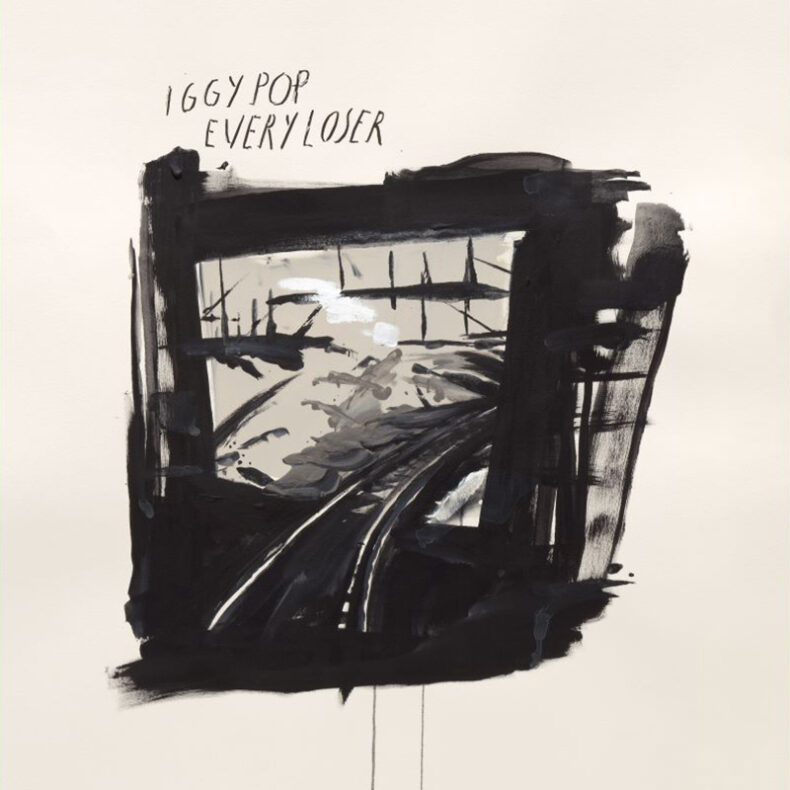 In the wake of the ecstatic reaction to its appropriately titled opening track and first single “Frenzy,” it can now be revealed that Iggy Pop will unleash his new album, Every Loser, on the public come January 6, 2023 – Pre-Order and Pre-Save HERE.

Every Loser is Iggy’s 19th solo album and his first to be released via the recently announced partnership between Atlantic Records and Gold Tooth Records, the new label founded by the album’s Grammy Award-winning, multi-platinum executive producer, Andrew Watt.

“I’m the guy with no shirt who rocks; Andrew and Gold Tooth get that, and we made a record together the old-fashioned way,” Iggy said in a recent statement. “The players are guys I’ve known since they were kids and the music will beat the shit out of you.”

As indicated by the pinned db meters of “Frenzy,” Every Loser harkens back to Iggy’s primordial roots while maintaining an undeniably modern lyrical point viewpoint and sonic palette. Every Loser is an exemplary album of primal rock ‘n’ roll—a master class in the art of lashing out with unequalled intensity and unflappable wit. The result is 11 songs by the man who refused to go gently into that good night on his previous album, 2019’s somber and contemplative Free, and is once again charging fearlessly at life itself on Every Loser.

“Iggy Pop is a fucking icon. A true original. The guy invented the stage dive..I still can’t believe he let me make a record with him. I am honored. It doesn’t get cooler. This album was created to be played as loud as your stereo will go…turn it up and hold on…” says Andrew Watt

The cover of Every Loser is an original piece of art created by world renowned contemporary fine artist Raymond Pettibon. Pettibon burst onto the scene in the late 70s and designed iconic album covers for artists such as Sonic Youth and Black Flag with his signature comic book-like drawings. Pettibon’s work has been exhibited widely throughout the United States and around the world, including an installation of the High Line Billboard in New York and a solo exhibition at the Tel Aviv Museum of Art.

The new album will also be available as limited-edition vinyl, cassettes and CDs – Available HERE. As part of the release of Every Loser, Iggy is offering an exclusive relaunch of legendary fanzine, PUNK Magazine, from founder and legendary editor John Holstrom with a full Iggy issue, which contains an exclusive interview with Iggy by Flea. Iggy originally graced the cover of the John Holstrom Fanzine in July 1976.

SPILL NEWS strives to keep our readers up to date with news and events in the music industry. We keep you informed of the most recent information regarding new releases, tour dates, and information items about your favourite artists.
RELATED ARTICLES
atlantic recordsevery loserfrenzy
9.0

by Melinda Welsh on July 1, 2022
Shinedown Planet Zero Atlantic Records Shinedown is returning with their seventh studio album, Planet Zero. This 20-track in-your-face album with 13 actual songs, comes at a time when it coincidentally feels as though a terrifying dystopian [...]
10

by Stephen Lussier on April 29, 2022
Action Bronson Cocodrillo Turbo Atlantic Records I always found Action Bronson was victim of his own success. His diverse portfolio of talents has caused his music to seemingly take a backseat to his other passions. This isn’t due to lack of [...]
8.0