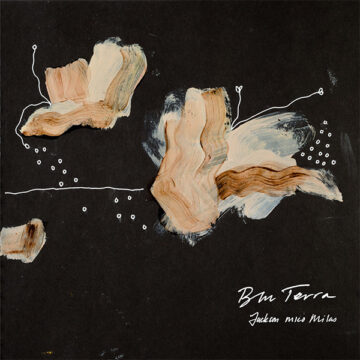 At some point, all that you have done before, all the experience you have gained the way you have evolved as an artist, should come to fruition at some point. Of course, if there is a modicum of talent behind it all.

British musician Jackson Mico Milas started building his career with award-winning film and TV scores including a long-standing collaboration with Tim Minchin’s on Sky Atlantic drama Upright. He was also a member of High Highs and toured with the likes of Vampire Weekend, Empire of the Sun and Sky Ferreira.

For some it doesn’t have to amount to much, particularly if as a solo artist you are coming with a debut album, in Milas’ case Blu Terra. Yet, what unravels within the 11 songs, or maybe it is better to say compositions on this album definitely goes beyond what you can expect to hear on a debut album, even by an already accomplished musician.

Milas has such a light song writing touch that on surface, the songs all sound like fluffy clouds that you rarely notice the sophistication and complexity that lies bellow (and above) each and every one of them, all garnered in equally delicate arrangements that complement them fully.

If you want to make a list of best late-night albums issued this (or any recent) year, this one will certainly be very close to the top.