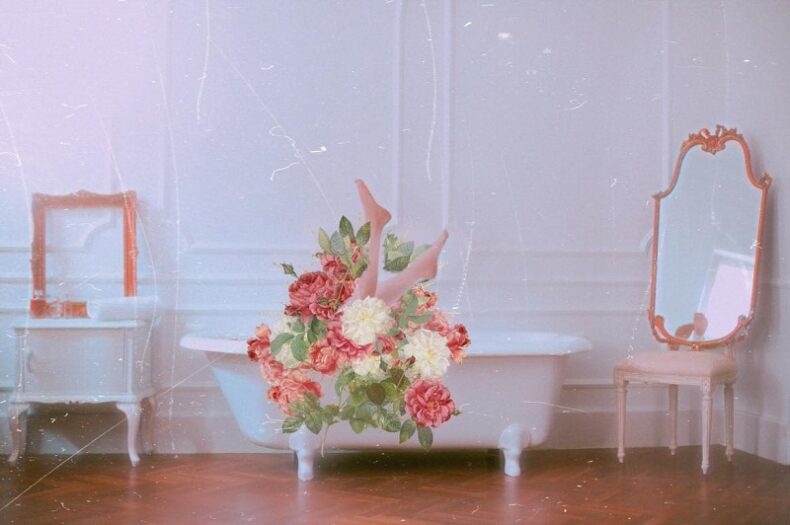 OF PERSEPHONE – “ENCHANTRESS OF PARADISE”

Everything happens for a reason Atlanta-based artist Sarah Rae has seen proof of this statement first-hand. Beginning as a solo project, the singer/songwriter had a dream of creating her own unique genre: siren rock. Mixing her love of synthesizers, pop/punk and operatic vocals, Sarah began writing songs on her own. Although it was rewarding to make progress independently, her dream was to be in a band with fellow creatives who shared the same passion for music. Meeting through mutual friends in the Atlanta music scene, the lineup fell into place in 2021. Thus, of persephone was born of persephone includes Sarah Rae (vocals), Steven Victor (guitar), Nicholas Mays (drummer) and Chris Tinsley (bassist). While they have only been together for a year, the members consider themselves a real family.

They released their first record, Bridge to Neverland, in early 2022. The 8-track release showcases Sarah’s “siren rock” genre with a fuller brighter sound. Sparkling guitar leads paired with Rae’s theatrical vocals bring the listener into the ethereal world of the frontwoman’s mind. There is a nostalgia and childhood innocence about the band’s sound that makes it feel fresh. This emphasis on fairytales and classic stories will continue through their upcoming releases, including their next single “Enchantress of Paradise”. Landing premieres here in Spill Magazine and The Big Takeover, as well as various other blogs around the world, of persephone is well on its way to international recognition At the same time, the band is making its hometown of Atlanta proud, headlining successful shows at venues like The Earl, Star Bar, and Smith’s Olde Bar. With festivals and a Southeast tour in the works, the band proves that everything happens for a reason. Follow Sarah Rae and the rest of the band as they move forward on their journey to finding their own musical Neverland releasing this new single that brave the current days of bodily autonomy, feminine rage versus desire, and the desire to break the chains men put on women of all colors. Chills run down your spine as the old-school distorted radio opener leaves you in wonder of what to expect from the tune. Referencing blood spilled over the fight for our rights the siren rockers utilize monotonous vocals layered by their notable, soaring siren calls effortlessly weaved throughout the mono-toned top vocals as the 80s inspired melody rings through underneath it all utilizing unique bings, bongs, and noise with the usual of persephone soaring riffs. We hear an unusual grit and raw sound behind the usually brighter siren rock, but don’t fret because despite the heavy message behind Rae’s new message, you’ll find yourself dancing to the Lush and B-52’s inspired beat. Siren rock finds a new grit to end out the year as the Atlanta-based rockers find their voice behind the women of the world who suffer with the hopes that we all can inspire the change necessary to bring light to these issues.

“Sarah spent the better half of her early 20s with the red-headed, long-haired, green-eyed identity from her years of pinup modeling. Activism has always been behind the iconic look with helping the homeless women of Atlanta with free haircuts, food, and clothes once a month with a non-profit called Hands Across Atlanta. We’ve never really seen her heart break like it did when the US Supreme Court overturned Roe v. Wade. Our unending tears for these issues continued as the women of Iran began screaming their plight to the world after the tragic death of Mahsa Amini sparked the outpour of a hidden rage across so many countries. Sarah cut her hair, colored her natural color, and wanted to release this rough-around-the-edges single to say to the world that we at of persephone will always fight for those who feel they have no voice, for those who feel they have no choice, and for those who have yet to join us in this universe.”