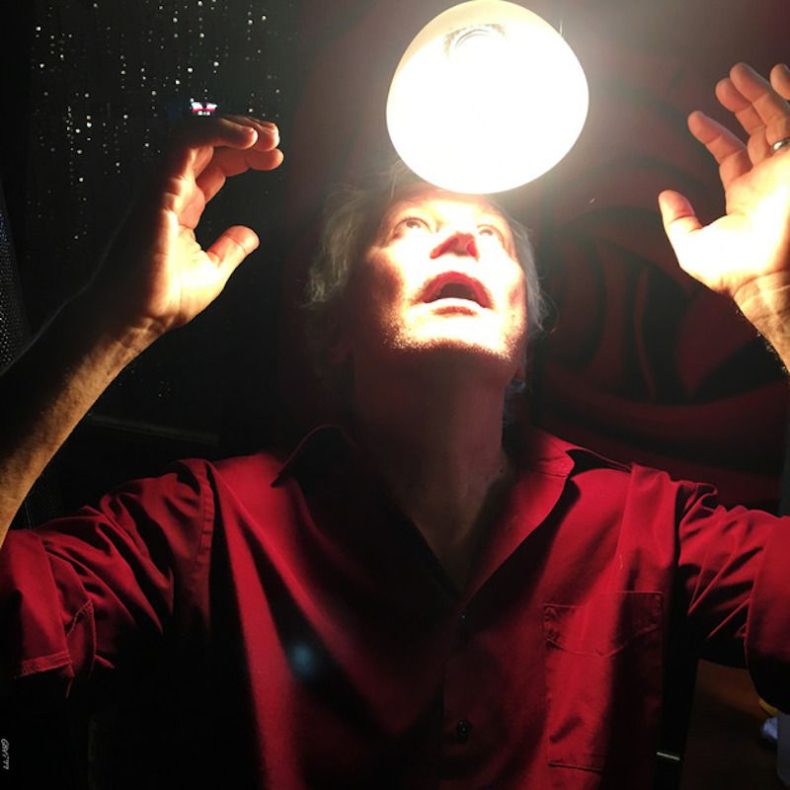 Guided By Voices is on a roll. You could argue, but please don’t because I have a headache, that GBV is never not on a roll, that Robert Pollard’s output plows past the word “prolific” like prolific is standing still in a snowbank; and that’s true, but this new version of the band (Doug Gillard, Bobby Bare Jr, Mark Shue, Kevin March) has given Pollard new tools to complement his song-hammer. Thus, ergo, quod erat demonstrandum: roll.

Hot on the heels of the smothered-in-plaudits double album August By Cake comes this hot and heavy fifteen-tune long player, a melody-dense thwack to the earholes that will both energize you and deplete your body of its remaining music-appreciation enzymes. Recorded by the band in New York, and by Bob in Ohio, How Do You Spell Heaven capitalizes on the current incarnation’s tour-buffed shine without sacrificing eternal GBV verities such as but not limited to: off-kilter rhythmic jolts; krazy chords; purposefully imperfect harmonies; and fragmented structures that start and stop on a coin of small denomination and go somewhere else, and quickly.

For example: Leadoff track “The Birthday Democrats” features a surfeit of pop hooks and swaggering sure-footed wordplay before dissolving like a perfect dream into Beatles-esque sound collage. “King 007” starts off like an acoustic demo from Tommy before shifting gears into a galloping riff-driven hyperspace guitar battle, before pivoting back to some kind of weirdo hybrid of the two… and then stops short just when you think you’ve got the thing pinned down. “Pearly Gates Smoke Machine” opens like the best thing Marc Bolan never wrote and then stubbornly refuses to cohere into an actual song, instead serving as a platform for some entertainingly normcore guitar pyrotechnics, while “How To Murder A Man” channels David Bowie channeling Scott Walker. Is this enough? Is it ever? How about “Nothing Gets You Real,” a deceptively straightforward breezy number that sounds like Pollard looking back at his life-in-rock and nodding, with a melancholy smile, at past versions of himself. It’ll make you cry, if you have a human heart.

There’s more, much more, but you know that already. The easiest, laziest way to sum up Guided By Voices’ latest album, the move we can’t fail to resist making, is the most obvious: How do you spell heaven? Shout it from the rafters: G-B-V!

How Do You Spell Heaven Track Listing

SPILL NEWS strives to keep our readers up to date with news and events in the music industry. We keep you informed of the most recent information regarding new releases, tour dates, and information items about your favourite artists.
RELATED ARTICLES
gbvguided by voicesnews
8.0