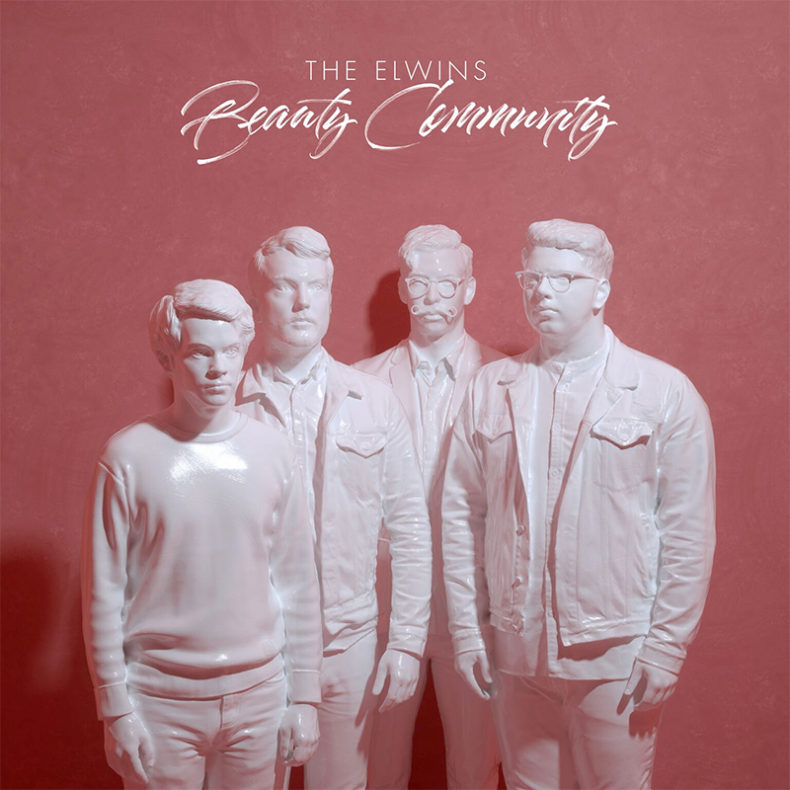 Toronto-based pop-rock quartet, The Elwins are gearing up for the release of their third full-length LP Beauty Community out October 13 via Hidden Pony (Canada/US) and Elwins Music Group (outside North America). Beauty Community features 13 freshly minted and ridiculously catchy tracks, including first single, “Hey! Ya, You”. The album is available for pre-order as of today HERE. The band has also announced a national tour kicking off September 3, which includes a date at The Mod Club in Toronto on December 3. See below for details on upcoming tour dates. More will be announced in the coming weeks.

The Elwins – singer/guitarist Matt Sweeney, drummer Travis Stokl, guitarist/keyboardist Feurd, and bassist/singer Francesco Figliomeni – came together in 2006 near Newmarket, about an hour north of Toronto. After touring extensively behind 2012’s And I Thank You and 2015’s Play for Keeps, the four members developed a natural chemistry, which continues to propel (and challenge) their collaborative spirit on Beauty Community. Play For Keeps notably helped garner the band a 2016 JUNO Award for Breakthrough Group of the Year with its first single, “So Down Low”, which amassed over 25 million audience impressions, peaked at #12 Alternative Rock, and was featured in a Canada-wide advertising campaign for Fido.

Says Elwins bassist Francesco Figliomeni, “Looking back, it kinda blows my mind thinking about all the different conversations we had about the new album and how much we supported each other through the process of making it. I guess it’s not exactly a surprise but a nice reminder that four different people with different tastes can come together and create something.”

The Elwins had never entered the studio with so many songs before, each member coming in with strong material. An unspoken desire for more introspective ballads seemed to pervade each songwriter’s creative impulse, weirdly putting some pressure on the band to figure out what this record was all about. Experimentation led to new creative forays, including, unusually, an instrumental: “Your Very Own Beauty Community.”

There seems to be an overtly upbeat spirit to the songs and a sensitive, inquisitive sentiment within Beauty Community – a particularly refined and dynamic display of the band’s powerful pop songwriting chops. A close listen suggests that certain things are being processed; relationships, life, the sense of (and not) belonging. In the end, Beauty Community is the work of an experienced unit – a band of brothers who know when to push each other out of comfort zones. There’s plenty here for Elwins faithful to cling to but also tasteful explorations that shed new light on the band.

SPILL NEWS strives to keep our readers up to date with news and events in the music industry. We keep you informed of the most recent information regarding new releases, tour dates, and information items about your favourite artists.
RELATED ARTICLES
hidden ponynewsthe elwins

by SPILL NEWS on December 3, 2015
Regina’s Rah Rah are tapping into that juvenile desire with their newest video for ‘Chip Off The Heart” – Noisey After a successful export [...]