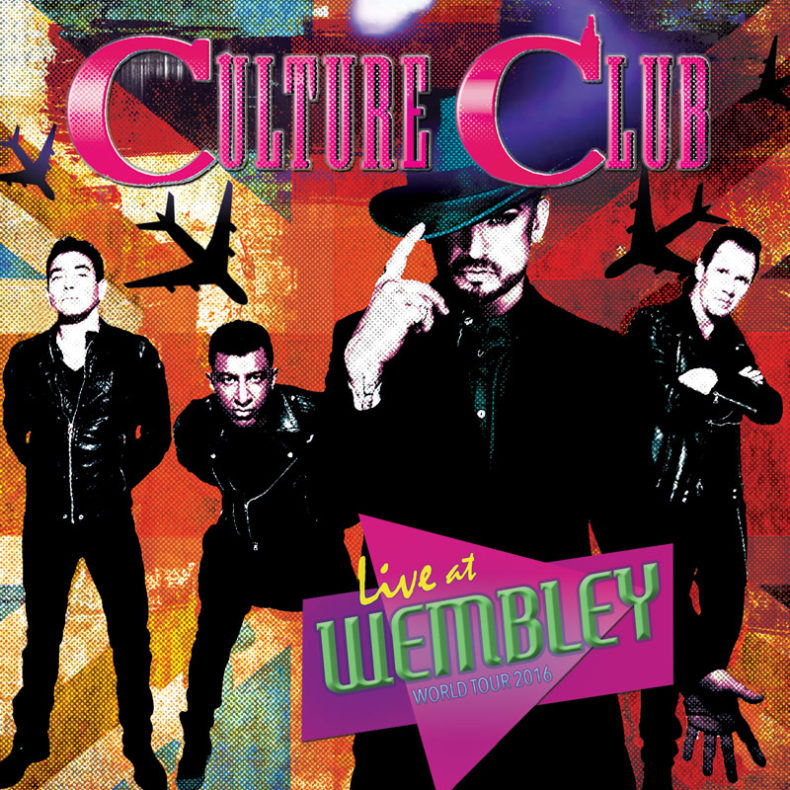 As Boy George says, “We were thrilled to be back home for the final show of such a highly successful reunion tour. Being able to document this show on film before our hometown fans, friends and family, with all the original members of the band, where it all began for us in London in 1981, makes this concert film release that much more special for our fans to enjoy for many years to come.”

CULTURE CLUB returned home for the holidays in 2016 and performed live at Wembley Arena, after a hugely successful 60-city world tour. Featuring an explosive horn section and mind-blowing backup soul singers, the band ignites the stage before a sold-out crowd, as Boy George commands the catwalk with his masterful charm and smooth soulful voice, performing the band’s biggest hits, including “Karma Chameleon,” “It’s A Miracle,” “Do You Really Want To Hurt Me,” “I’ll Tumble 4 Ya,” “Church Of The Poison Mind,” and “Miss Me Blind.” They close the show with a rousing cover of T. Rex’s “Bang A Gong (Get It On).”

LIVE AT WEMBLEY showcases why CULTURE CLUB’s unique pop, soul and reggae styles resonate with fans 35 years after the 1982 release of their KISSING TO BE CLEVER debut album. It was produced by award-winning producer, Barry Summers of Rock Fuel Media (Guns N’ Roses, Smashing Pumpkins, Jane’s Addiction, VH1’s Decades Rock Live Series) and directed by Mark Ritchie (Madonna, Kanye West, Jane’s Addiction). Special Features include exclusive interviews and behind-the-scenes footage with the band members as they discuss their illustrious career and the significance of this hometown iconic live performance.

The state-of-the-art DVD, Blu-Ray, CD and Vinyl package is out December 8 by Rock Fuel Media, distributed by Cleopatra Records. The concert will be broadcast on TV in 2018, details of which will be announced soon

SPILL NEWS strives to keep our readers up to date with news and events in the music industry. We keep you informed of the most recent information regarding new releases, tour dates, and information items about your favourite artists.
RELATED ARTICLES
boy georgeculture clubnews