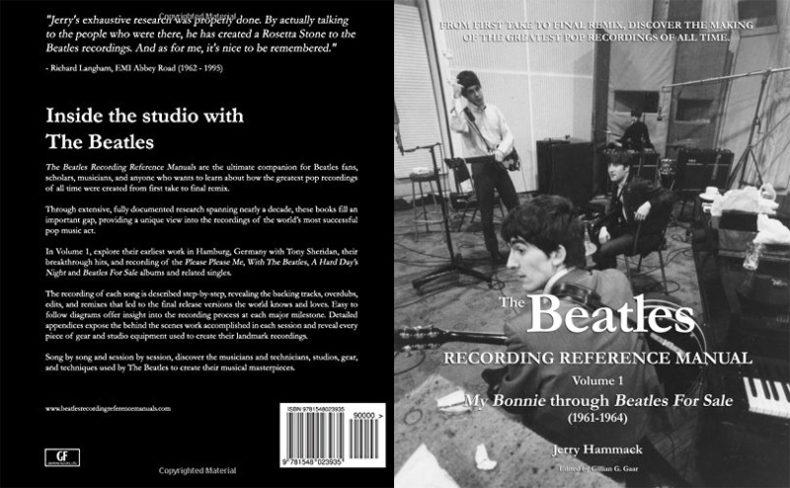 A CONVERSATION WITH AUTHOR JERRY HAMMACK

Jerry Hammack is an engineer, producer, and musician. He is also an author of note. His most recent book, The Beatles Recording Reference Manual: Volume 1: My Bonnie Through  Beatles For Sale (1961 – 1964) has garnered excellent reviews, and has been welcomed by Beatle fans around the world. Born in North Virginia, but now calling Toronto his home, Hammack has an understanding of music, recording, and producing. He is also a Beatles Fan.

“The Beatles attitude was always ‘been there, done that’. They never wanted to keep making the same music or same style. The big take away I got from doing this research is just how great of a live band they were, and how much of their music is recorded live in the studiothe. There is just so much of it, a few overdubs, but there are a lot of examples where they just recorded live off the floor.

“Listen to “This Boy” with that immaculate three part harmony, they did double up the vocals, but the core vocals of that track is (sic) the three part harmony. It is a live performance and so tight, the harmony is so tight and it is live. Even when EMI moved into eight track recording (their initial recordings were mono twin track and moved to four track), The Beatles still played a lot of their music live, did the music together. Not like today when songs are assembled in the studio.”

In his book, The Beatles Recording Reference Manual: Volume 1: My Bonnie Through  Beatles For Sale (1961 – 1964), Hammack explains the difference between twin tracks, four tracks and eight tracks. It is basically the amount of tracks on a tape.

It is his work as an engineer and a producer that gave him the idea of writing the book.

“I produce and engineer rock music, and The Beatles always come up in the studio. When I am working with a client they always ask, “Can we do something like the bass in “With A Little Help From My Friends?” or “How did Clapton get his guitar sound on “While My Guitar Gently Weeps?”. So I had to do some research into the music. I wanted to know, and had to sort out the reliable versus the non-reliable. The information is out there, but it is sometimes hard to track down. It was not all in one place.” says Hammack. 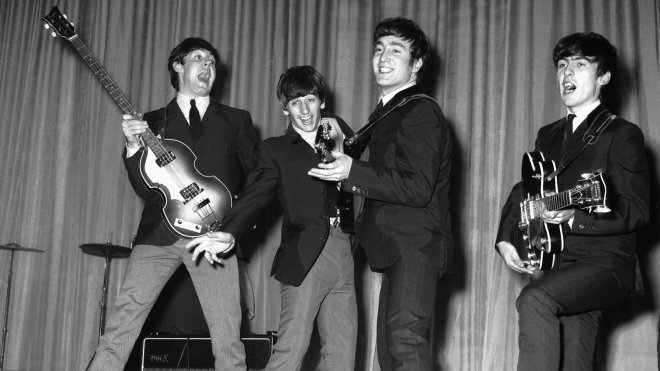 “So when I started doing research, I thought it would be cool to come up with a website, and that turned into a book, or rather a series of books. It has been more than eight years of research.”

Thankfully Hammack has continued this work — “Detective work is a blast!” he says, but it seems it is not so much work for him, but a labour of love. In doing the research, he was also impressed by the amount of music The Beatles recorded in a short time. “The amount is not so much amazing as all band had the same expectations, but it is the quality. All of the music was all high quality.”

From 1963 until 1966, The Beatles were expected to record two albums and at least two singles a year. Unlike other artists, they made a decision early on to not have their singles on the albums, which they felt cheated their fans. With very few exceptions, The Beatles world record stands alone for singles, EPs and albums.

“That changed with Pepper, but until then there was no idea as to how long The Beatles would last, so it was take advantage of the opportunity. It is amazing how quickly they recorded. George Martin, their producer, was in control and was excellent at making decisions quickly and economically.”

Clearly this has been a difficult book to write, but Hammack was up to the task. He consulted hundreds of sources, and even went so far as to interview Richard Langham, who worked as an engineer for EMI and The Beatles up until A Hard Day’s Night.  Langham was able to provide context and information not found in other Beatle books.

The Beatles Recording Reference Manual: Volume 1: My Bonnie Through  Beatles For Sale (1961 – 1964) sits comfortably with other books on The Beatles bookshelf, and when all of the volumes are all done, these books may just be the only source a fan needs to consult for information about The Beatles and their recording career.

“What I wanted to do was to write a book and document The Beatles’ music from the first take until the final mix. I wanted it to be a valuable resource for Beatle Fans to the performing community. I wanted this to be a guide book.” Hammack achieved his goal with this extensive work.

The Beatles Recording Reference Manual: Volume 1: My Bonnie Through  Beatles For Sale (1961 – 1964) is currently available, Volume Two should be released early next year.

Born and raised in Whitby, Aaron discovered music through his love of The Beatles. This led to a career in radio, writing for various publications, and ultimately a radio show about The Beatles (Beatles Universe), which ran for over four years. When not immersed in music, Aaron enjoys spending time with the loves of his life -- his wife Andrea, and daughters Emily and Linda (all of whom have an intense love of music too).
RELATED ARTICLES
featuresjerry hammackthe beatles