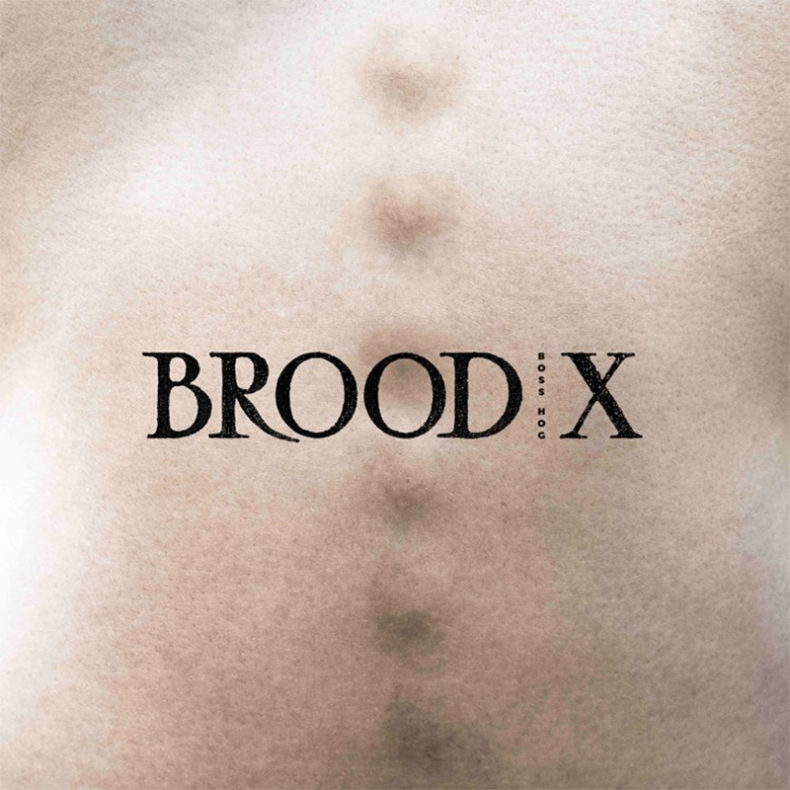 BROOD X & NEW TRACK “17” COURTESY OF IN THE RED RECORDS

BOSS HOG returns from the wild with their most subversive record yet — this is the seductive soundtrack for the second coming of militant rock’n’roll, and the groove has never been stronger.

BOSS HOG does not negotiate. This is scorched earth rock’n’roll for the resistance, barbed-wire blues battling for the future of the planet. Recorded & mixed at the fabled Key Club, using Sly Stone’s legendary There’s A Riot Going On console, BROOD X channels the subversive mojo of the underground and brings next-level sonics to save your very soul.

BOSS HOG has heard your call.

BROOD X is the change you have been waiting for.

Let BOSS HOG lift you up.

BROOD X is a party you can believe in.

The Boss Hog All Stars

Boss Hog was formed in 1989 by Cristina Martinez and Jon Spencer. The band has released three disturbed and sexually incendiary studio albums and as many EPs, along with numerous slashing, unparalleled singles, on the world’s most important record labels, including Amphetamine Reptile, In The Red, and DGC/Geffen. Boss Hog is internationally-known as New York City’s most provocative and original rock’n’roll band.

SPILL NEWS strives to keep our readers up to date with news and events in the music industry. We keep you informed of the most recent information regarding new releases, tour dates, and information items about your favourite artists.
RELATED ARTICLES
jon spencernews
8.0

by Michael Mitchell on November 9, 2018
Jon Spencer Spencer Sings The Hits In The Red Records Jon Spencer has always been known for his bombastic and some would say arrogant style. Confidence and swagger can be [...]