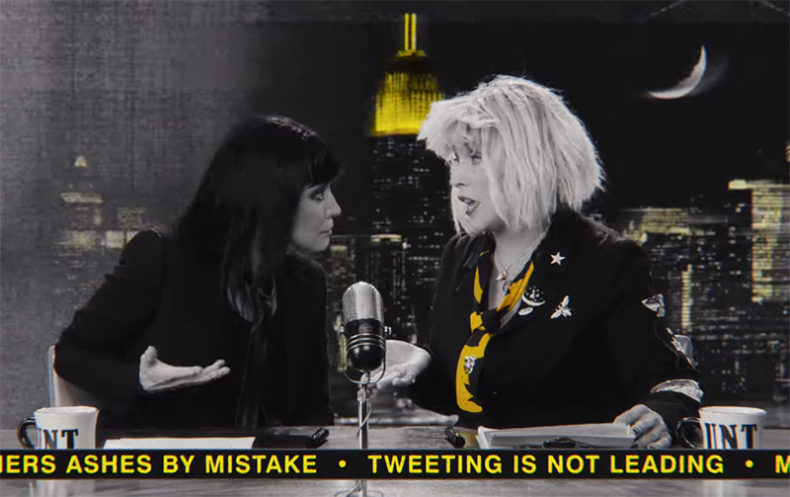 TAKEN FROM THE ACCLAIMED ALBUM POLLINATOR

As the opening track on Blondie’s already legendary album, Pollinator, ‘Doom or Destiny’ sets an agenda in true Blondie style. And with two icons of music involved –  Debbie Harry on vocals, with backing by fellow punk legend, Joan Jett (The Runaways, Joan Jett & the Blackhearts) – teaming them up for a video proved too good to resist.

And the results are both provocative and outrageously funny, Director Rob Roth produces not only a politically-charged music video, but also a fierce and fun, female driven ode to the punk era.

Inspired by the current political landscape and social turmoil across the globe, the film sees Debbie and Joan taking over a news broadcast, featuring apocalyptic weather reports, feminist statements and a presidential sock puppet receiving comeuppance. 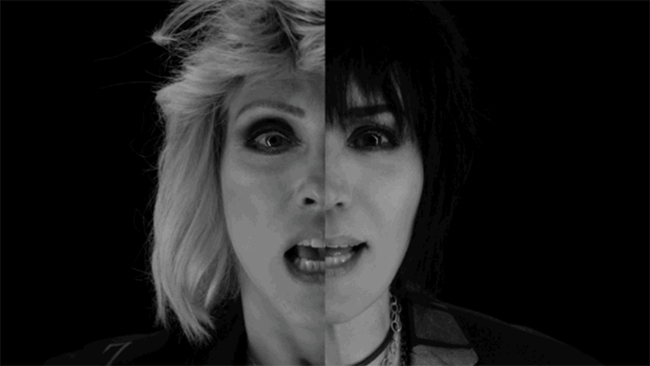 Blondie frontwoman Debbie Harry calls the creation “The most openly political video Blondie has ever done.” She adds, “We wanted to comment on the bizarre state of media and news in the current political ‘idiocracy’ we are watching play out in real time and create our own news channel that dealt with current issues such as the environmental collapse, fossil fuels, bee population decline, global warming, sexism, patriarchy, Trump and Russia, feminism, consumerism, the marketing of war and more.”

Chris Stein, Blondie co-founder and guitarist adds, “The current landscape of music videos has so little to do with true protest or some kind of social message. It can be truthful, but irreverent, fun and funny. The punk style protest is somewhat removed from today’s modern music.”

A long-time creative collaborator with Debbie Harry, Roth first started working with Blondie on their No Exit album in 1999 and has collaborated on various album covers, photography, design, live stage design and direction with Blondie since, including the recent Pollinator tour.

Rob Roth elaborates, “I wanted to represent a spectrum of female fierceness in this video, the many over the years such as, Severely Mame and Macy Rodman, Roxanne Edwards as well as Kitty Boots who styled the video. Of course, this is in addition to Debbie, who’s a dear friend and Joan, a Rock n’ Roll icon. 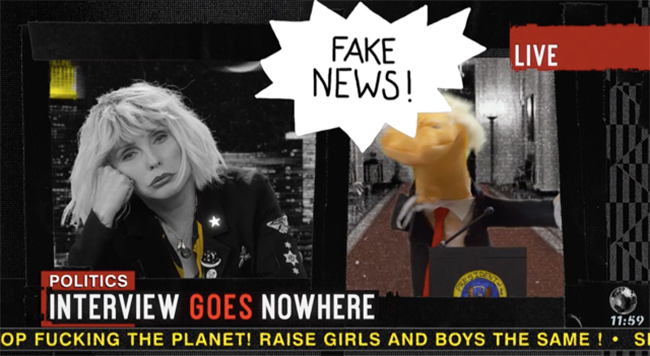 “We wanted Debbie and Joan to have fun with the idea of taking over a news channel – reprogramming the daily ticker with what we want to see. It’s a ‘fuck you’ to what’s going on in the world and a call to arms for women everywhere.

“I see advertising, news, politics and entertainment have fused together in a haze, like a Frankenstein monster, all sewn together, we need to look harder, work harder to know what is truth and not be afraid to call out bullshit when we see it. Especially for people who dont necessarily have a platform or a voice.

Joan Jett says, “Blondie  — Debbie, Chris, Clem and everybody have been my friends for more decades than I care to admit. They have their own style and were pioneers of the modern age of punk and rock.  I am so proud to have been invited to contribute to ‘Doom or Destiny’, I love the music and I love the message.”

With Harry’s vocals sounding stronger than ever, Jett injects raw energy to ‘Doom or Destiny’. The track was written solely by Blondie co-founders Chris Stein and Debbie Harry and is frequently handpicked by critics as a favourite. 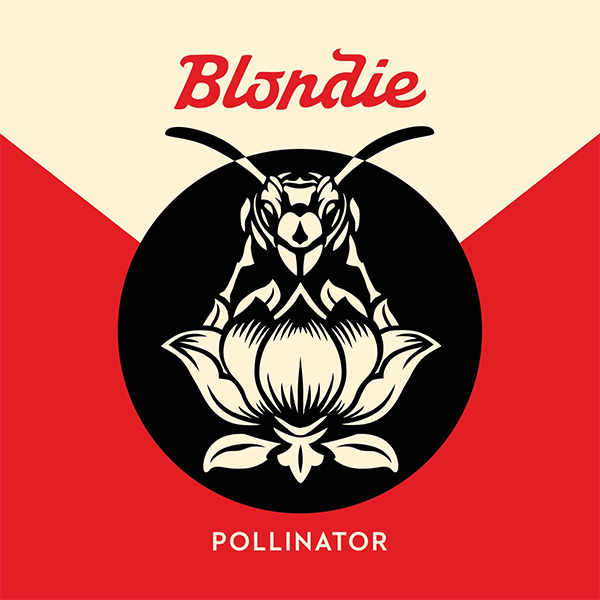 The Times – “Doom or Destiny is a pop song by New York bohemians who were as at home in the company of William Burroughs as they were with Donna Summer.” The Daily Mail called it “a tough, new-wave rocker that wouldn’t have sounded out of place on Plastic Letters.

Their 11th studio album, Pollinator (released May 5th on BMG), soared to Number 4 in the UK charts, making it the group’s first Top 5 entry in over 18 years.

Last month the band completed a sold out UK tour, which was praised by critics and proved that the Blondie live show is still an experience in itself, with the classic hits like ‘Heart Of Glass’, ‘Atomic’, ‘Tide Is High’, ‘Maria’, ‘Sunday Girl’, ‘Rapture’ and ‘Call Me’ naturally blending with Pollinator’s treasure trove of new songs including singles ‘Too Much’, ‘Long Time’ and ‘Fun.’

SPILL NEWS strives to keep our readers up to date with news and events in the music industry. We keep you informed of the most recent information regarding new releases, tour dates, and information items about your favourite artists.
RELATED ARTICLES
blondiechris steindebbie harry