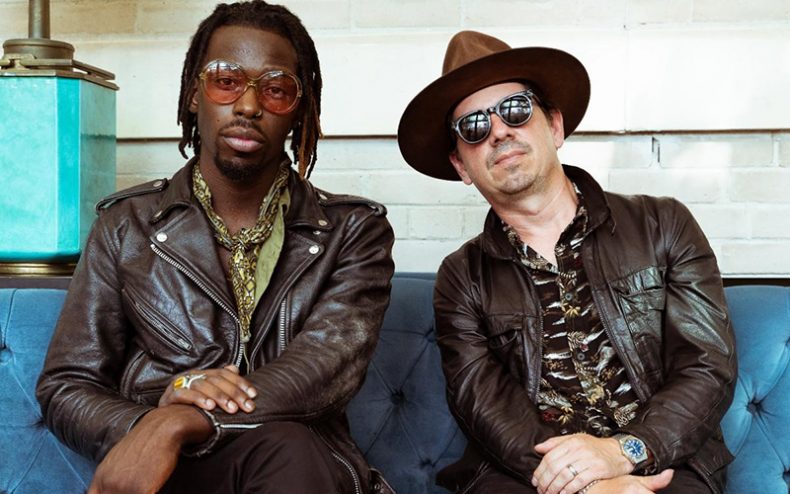 BLACK PUMAS TO PERFORM AT THE 2021 GRAMMY AWARDS

BLACK PUMAS (DELUXE EDITION) NOMINATED FOR ALBUM OF THE YEAR

In just a couple of years’ time, songwriter Eric Burton and producer Adrian Quesada have turned their unplanned meeting into a Grammy-nominated act with songs that have racked up millions of streams and won overwhelming critical praise and multiple sold-out tours across North America and Europe. The band received their first GRAMMY nomination for Best New Artist in 2020, and the deluxe edition of their self-titled debut album is now nominated from Album of the Year at the 2021 GRAMMY Awards®. The record has won acclaim from Rolling Stone, who praised “the tireless, charismatic energy of singer Eric Burton,” Pitchfork, who raved, “The duo’s flair for drama is so stirring, they can seem acutely cinematic,” NPR, The Fader, The Guardian, Billboard, Essence, and many more. Their anthemic single “Colors” – nominated for Record of the Year and Best American Roots Performance at the 2021 GRAMMYs – hit #1 on Billboard’s Adult Alternative Airplay Chart (their single “Fire” went on to reach the top of the chart as well) and has been streamed 150 million times across all platforms. Meanwhile, the official live video of “Colors” has been viewed over 66 million times on YouTube, and the band performed the song at President Biden’s official 2021 Inauguration. From their high-profile appearances on The Late Show With Stephen Colbert, Jimmy Kimmel Live!, The Tonight Show Starring Jimmy Fallon, Good Morning America and more, to their Emerging Act of the Year win at the 2020 Americana Music Association Honors & Awards, Black Pumas’ trajectory continues to see a phenomenal rise.

SPILL NEWS strives to keep our readers up to date with news and events in the music industry. We keep you informed of the most recent information regarding new releases, tour dates, and information items about your favourite artists.
RELATED ARTICLES
ato recordsblack pumascolors
9.0