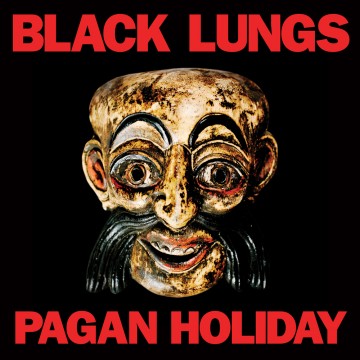 
Wade MacNeil has announced the release of a new Black Lungs album as of Oct 30 at MIDNIGHT ET at his new website www.wademacneil.com which also launched then.  The album will be available to download for free for two weeks.  Fans will also be able to pre-order vinyl today via Dine Alone Records as of MIDNIGHT ET.  A limited run of 400 vinyl will be available at Dine Alone’s webstore HERE with a special bundle including the LP, shirt and 7” available HERE.

Black Lungs’ architect, Wade MacNeil, is no stranger to the music scene. Born in Hamilton and raised in St. Catharines, Wade MacNeil is perhaps best known for his 11 year tenure as guitarist for Alexisonfire, one of the biggest bands to come out of Canada’s underground music scene. Alexisonfire released four hugely successful studio albums, 3 of which were certified Platinum, the fourth certified Gold. Their LP Crisis also debuted at #1 on the Top 200 Soundscan chart in Canada and the band was recognized with a JUNO for New Group of the Year at in 2004.“All of best things in my life are intertwined with Black Lungs,” says MacNeil. “I met my wife after one of our shows, almost all of my closest friends have played in the band at some point, and the tours I’ve done with this band are some of my favourite memories of being on the road. Four years ago I made this record with a few of my buddies (Phil Waring, George Clark & Pat Mathers). I hope you enjoy it.”

Wade’s been on the road pretty much non-stop since he was old enough to carry an amp, sweating it out at all-ages basement shows, in North America’s most venerable clubs, arenas and amphitheatres and Europe’s biggest rock festivals.  Along the way, he’s worked and played with many of his musical heroes, and made a name for himself as an encyclopedia of aggressive music and pop culture from the dark side.  Currently, Wade splits his time between composing music for film, and hosting a nightly radio show on 102.1 The Edge in Toronto.

SPILL NEWS strives to keep our readers up to date with news and events in the music industry. We keep you informed of the most recent information regarding new releases, tour dates, and information items about your favourite artists.
RELATED ARTICLES
dine alone recordsnews