SPILL TRACK OF THE DAY: FALLEN HEIRS – “LEAD US TO WATER” 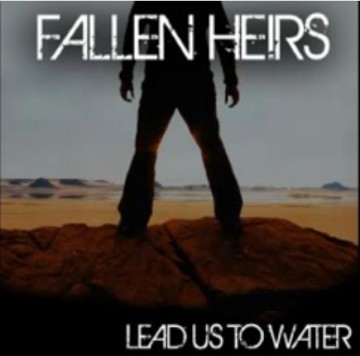 FALLEN HEIRS – “LEAD US TO WATER”

Want to hear some good old fashioned Rock’n’Roll? Then listen to this. Toronto’s Fallen Heirs are also getting ready to release a 5 song EP this month, so get ready to hear more! In the meantime, check this one out. These guys rawk!

Fallen Heirs is a Canadian hard rock band formed in Toronto, Ontario in 2011 consisting of Singer Tim Shaw, Lead Guitarist Jay Sayne, Bassist Phily Dee and drummer Brandon Smiley. Their first self titled (Black) EP was released in June of 2013. They are currently in the studio working on brand new material set to be released in early 2015.

Fallen Heirs fuse their brand of riff based hard …hitting rock with catchy lyrics and melodies that combine into an energetic spectacle that shines during their live performance and leaves you wanting more every time.

Working relentlessly to bring forth the highest quality of Rock and Roll to hit the scene in decades, Fallen Heirs is making a name for themselves on the Toronto music scene selling out venues such as Tattoo Rock Parlor, The Hideout and Bovine Sex Club just to name a few, with a list of upcoming events that will surely be something to look out for. They have also made Indie Week, CMW and NXNE appearances in the last few years. Their music has appeared on local rock radio stations including, 94.9 The Rock who featured their entire debut EP twice and began getting air play across the province.

They solidified their line up in the spring of 2013 with only the most talented and passionate musicians who share a hunger to succeed and strive to breathe fresh new rock into the masses. Their writing has been fueled through their passion of what they do and the experiences they have endured growing up on the scene. They will stop at nothing to fulfill their destiny and bring back the one thing that has been lost for so long in music today…the human spirit.

Trish Melanson lives in the Toronto area with her three boys, Nicholas, Justin, and Eric, her dog Jakkson, and her cats Max and Jagger. She is the former host and producer of Canadian Kickass, a weekly two hour radio show on New Jersey's Chestnut Radio, showcasing Canadian Music. She is also a former Web Content Manager of Indie Soundscapes, an online showcase for Independent Music Artists Worldwide, and was a regular music contributor to The Stroumboulopouli. She is a fervent supporter of the Toronto live music scene. In a past life she was a teacher and Vice Principal in Durham Region. She has many more new and exciting projects waiting in the wings. ;)
RELATED ARTICLES
fallen heirstrack of the day