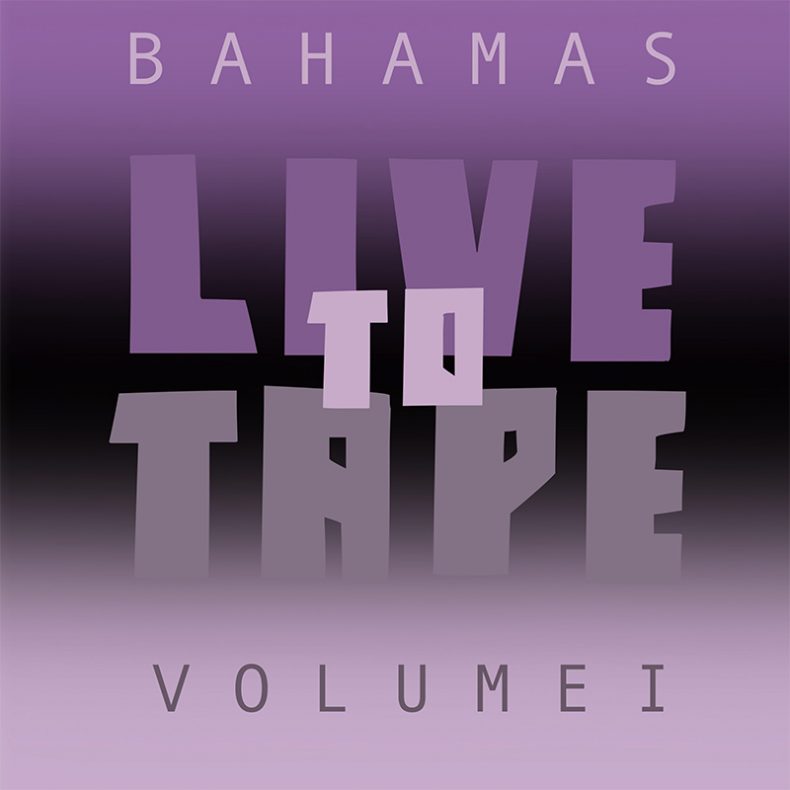 Just ahead of his Sad and Solo Tour, Afie Jurvanen, aka Bahamas, will be releasing select highlights from his celebrated Live To Tape collaboration series in the form of digital EPs, singles and a special vinyl edition.

The first digital EP highlighting the Nashville sessions is titled Live To Tape Volume I and will be released on October 8th. Volume I features performances with Grammy Award winners The 400 Unit and other performances with the Secret Sisters backed by legendary Nashville musicians Gene Chrisman (Elvis Presley, Willie Nelson), Dave Roe (Johnny Cash, Sturgill Simpson) and Russ Pahl (Kacey Musgraves, Glen Campbell). The EP was produced and mixed by Grammy-nominated producer/engineer Robbie Lackritz (Feist, Jack Johnson, The Weather Station) in fully immersive 7.1.4 Dolby Atmos (where available) and is mixed so that the listener will be in the center of the band, with all band members in a circle surrounding them. The first song from the EP “I Got You Babe” (with The 400 Unit) is now available across streaming platforms. See the upcoming release schedule below.

The Globe and Mail have called Bahamas an “unassuming giant” of Canadian music, averaging over 3.5 million regular monthly listens on Spotify, with more than half a billion streams to date. His most recent release, Sad Hunk is on pace to be his fifth consecutive album to receive more than 100 million+ streams.

Sad Hunk received critical acclaim and won the 2021 JUNO Award for Adult Alternative Album of the Year. While nominated for Best Engineered Album – Non-Classical at the 2019 Grammy Awards, his previous album Earthtones won Adult Alternative Album Of The Year and Video of the Year (“Depression,” directed by Ali Eisner) at the 2019 JUNO Awards. A seven-time JUNO nominee, Jurvanen also received this accolade for Bahamas Is Afie in 2015, when he was also named Songwriter Of The Year.

Catch Bahamas on an intimate solo tour this fall and winter in the United States. See below for a full list of tour dates or visit BahamasMusic.net.

September 24
Single “Half Your Love” Featuring The Secret Sisters

SPILL NEWS strives to keep our readers up to date with news and events in the music industry. We keep you informed of the most recent information regarding new releases, tour dates, and information items about your favourite artists.
RELATED ARTICLES
bahamasbrushfire recordslive to tape

by Kieran Davey on October 9, 2020
Bahamas Sad Hunk Brushfire Records With the release of Sad Hunk by Bahamas, Afie Jurvanen makes the transition from cool grooves to self-aware dad jams. It is a glorious transformation. The [...]