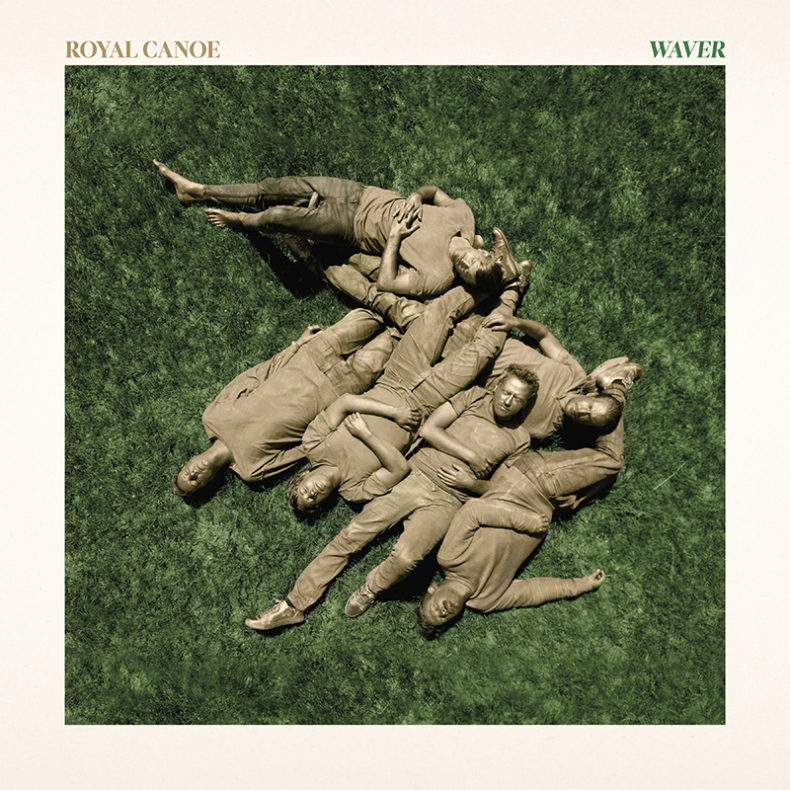 Winnipeg’s Royal Canoe are excited to share the video for their brand-new single”RAYZ”. Watch the video here. Listen to or purchase “RAYZ” here. The band will release their new album Waver on January 25th, 2019 on Paper Bag Records. Pre-order the album here. A full list of Royal Canoe’s tour dates can be found below including gigs in Los Angeles, New York, Toronto and London.

Last weekend in Winnipeg, 350 fans registered to participate in a wildly successful scavenger hunt to find a buried boombox containing the first copy of Waver. The hunt was created by the band which included the building of a unique app for teams to use during the hunt. Read more here via the CBC.

Creating the album felt like a reset – an exercise in following the seed of inspiration to its end point before deconstructing and rebuilding. “Whenever we begin working on a new album we throw everything out, even if it worked last time, just so we have no chance to rest on our laurels,” says  singer Matt Peters, “On​Waver ​we set out to create leaner arrangements and clearer melodies – less between us and the listener.” They wanted to mine new corners of their sound and find new places to go.

After all, Royal Canoe’s music has already taken them a lot of places. Around the world to play over 400 shows from Kiev to California, on tours with Alt-J and Bombay Bicycle Club, to major festivals likeBonaroo, Iceland Airwaves, and Osheaga and to Atlanta to work with Ben Allen (Animal Collective, Gnarls Barkley, Deerhunter). Their records have received critical acclaim: a nomination for Alternative Album of the Year at the Junos, Best Independent Album at the Western Canadian Music Awards and love from music press and devoted fans the world over. They wrote music for and performed a musical version of Shakespeare’s Richard II and performed their sophomore album in its entirety with the Winnipeg Symphony Orchestra.

by Andrew Marrocco on September 20, 2018
A VERY WINNIPEG EXPERIENCE A CONVERSATION WITH MATT PETERS OF ROYAL CANOE The end of summer means a lot of things for a lot of people. Usually [...]

by SPILL NEWS on January 18, 2017
BEGONIA ANNOUNCES ALBUM ‘LADY IN MIND’ AND CANADIAN TOUR Even though Begonia, aka Alexa Dirks, didn’t officially release a collection of music last year, 2016 [...]