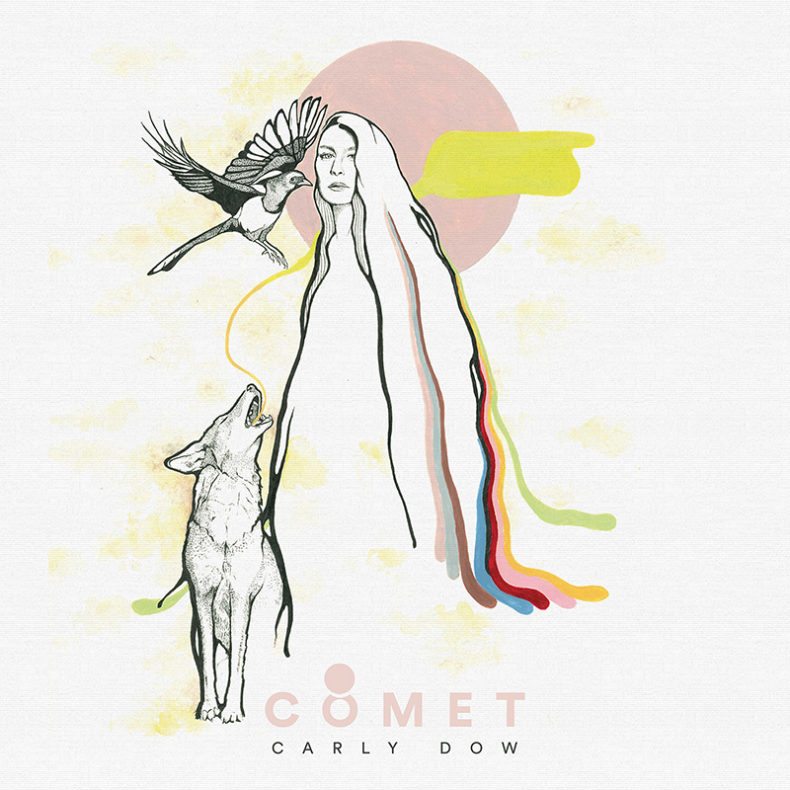 Carly Dow writes beguiling, clever songs and delivers them with insight and a powerful voice pulled from the place where grit meets beauty.  Hailing from Manitoba, she delivers songs of the heart and its wide open spaces that’ll give you the nudge you need to embrace the wild – surrounding and within. Carly’s style of wildcrafted folk – propelled by guitar and clawhammer banjo – has garnered international acclaim for its vivid imagery and enchanting melodies. Her debut album, Ingrained, was toured extensively and rose into the National Top 10 folk/roots/blues charts.

Carly is releasing her sophomore full-lenghth album, Comet, on October 19th and today we’re premiering the first single “Sunlight Remembers”. Carly creates some beautiful lyrical imagery with this song, inviting the listener into her world.

“’Sunlight Remembers’ was inspired by a visit at my house with someone very dear to me,” says Carly. “I live on a piece of land just south of Riding Mountain National Park in Manitoba, and the imagery of this landscape and others, often finds its way into my writing. One particular line ‘the birds in my house are still there when you leave’ spurred the entire song. We were having breakfast together on a nice, sunny morning, and opened the garden doors that look out onto the surrounding hills and forest. The barn swallows that were nesting on my house apparently took this as an invitation to come inside, and before I knew it, I had two birds flitting around my house and hanging out on ceiling fans. It was undeniably charming, and felt a little like we were in a Disney movie with these cute little creatures joining us for breakfast. After my friend left, however, the birds refused to leave. They became panicky trying to find a way out, pooped all over my living room, and then finally escaped after I chased them around with a broom like a crazy lady. The magic of it all, initially inspired the song and pushed me to dive deeper into my emotions surrounding that person in my life.”

by SPILL NEW MUSIC on September 8, 2022
KARABOUDJAN – “UPSIDE DOWN” A SPILL EXCLUSIVE MUSIC PREMIERE Karaboudjan is the solo project of multi-instrumentalist Billy Kim, who has toured with musician and [...]